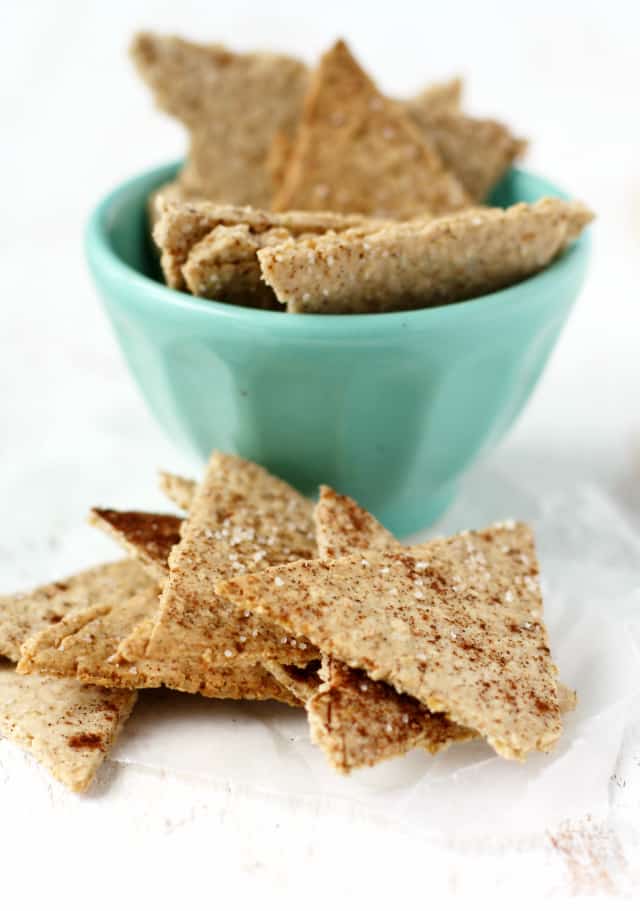 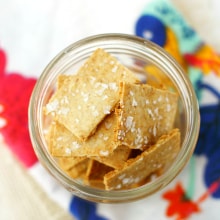 You know, with all the cracker recipes I’ve made through the years…I had not made a sweet cracker yet.

Well, that’s all changed now, because I decided to try something new the other day when I made these cinnamon sugar oatmeal crackers. The first thing my son said when he bit into one was, “Yum, are these graham crackers?” They do have a graham cracker like quality, although the texture is a bit different – they aren’t quite as hard as a tradtional graham cracker. 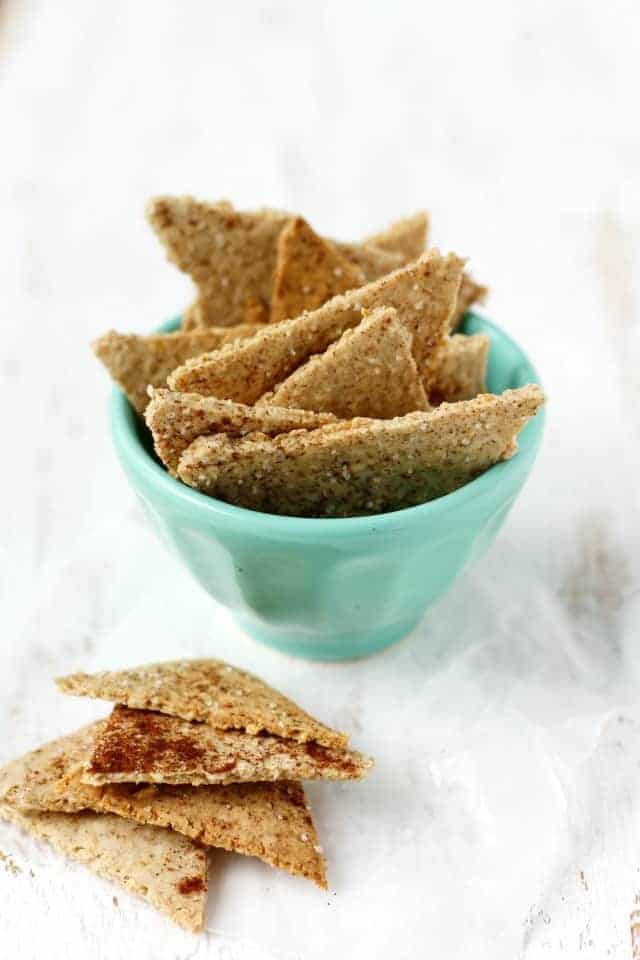 These are lightly sweetened, and spiced with cinnamon both in the dough and on top of the cracker. I made my own oat flour by grinding oats in the food processor. The oat flour gives these a nice crunch, and adds some extra fiber to these crackers, too. 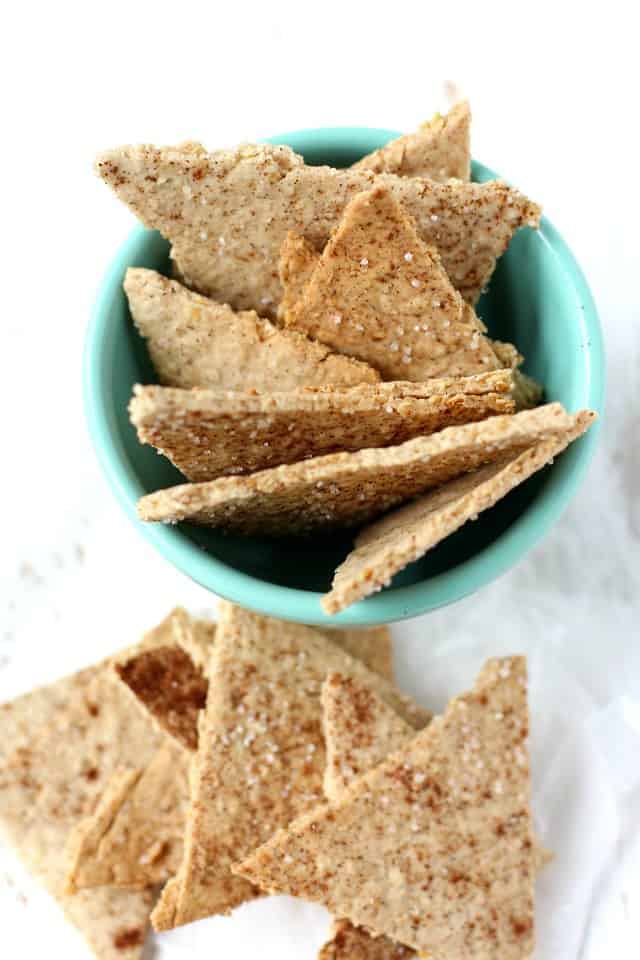 I cut these into triangle shapes for fun, but you can cut them into squares or rectangles if that’s easier! Don’t forget to sprinkle on the cinnamon sugar – that’s the perfect finishing touch! 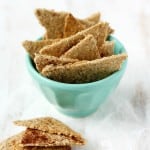 These were such a big hit with everyone over here – now I know to make a double batch next time!
Be sure to follow my Nut Free Snacks board on Pinterest for more snack ideas!