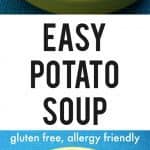 A delicious cream of potato soup that doesn’t take all day long to make! Gluten free, with dairy free options given. 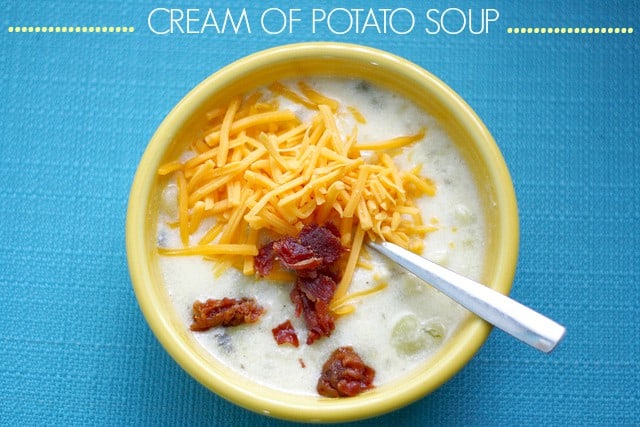 Remember the days of running into Panera and ordering a big bowl of soup? Maybe it was cream of potato, maybe French onion, maybe even cheesy broccoli soup. Either way, if you have food allergies, grabbing a bowl of soup on the go probably isn’t as easy as it used to be.

I still love soup for lunch or dinner, and just because it isn’t safe for us to eat at certain restaurants, that doesn’t mean my family has to miss out on the simple pleasure of a rich, hot, delicious bowl of potato soup.

This cream of potato soup recipe is the one that I grew up eating, but have now adapted to suit our needs. My mom got the recipe from our elderly neighbor, Mrs. Brown. Mrs. Brown also made an amazing apple pie. This soup is a very simple recipe, and we love to make it. We can easily make it gluten free by using a gluten free flour blend instead of all purpose flour.

This soup is sooooooo good, and we double the recipe because we like it so much. A huge pot full of potato soup just reminds me of my childhood, and is so comforting. You don’t have to, but we top it with bacon and cheese. Perfect for cold winter days!  This is a great lunch or dinner when served with rolls or a side salad. 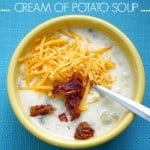 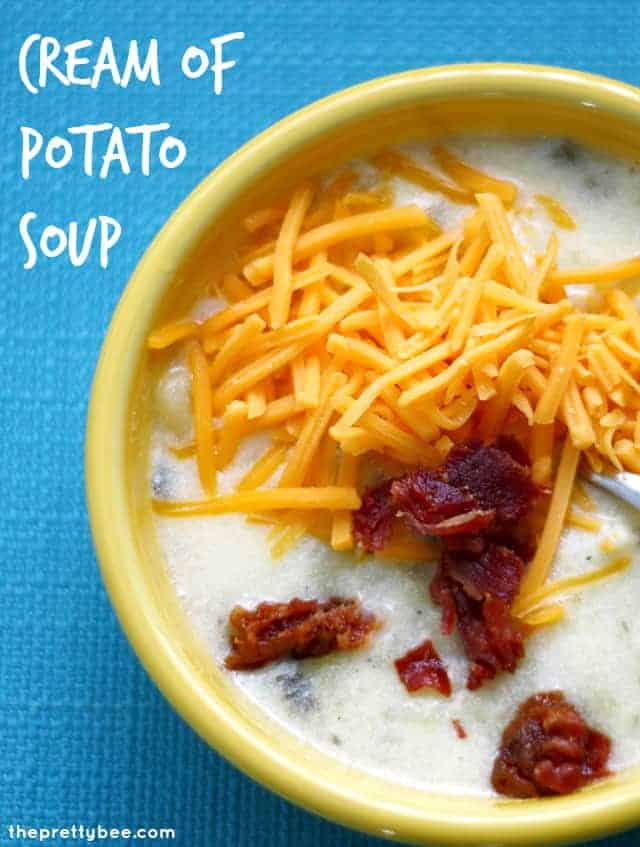 I love potato soup because it’s so easy to customize.  Want more vegetables in it? Just add some shredded carrots or some spinach. Not a bacon fan? Leave it out, or add some ham or some chicken sausage instead. Plus, everyone loves potato soup, and it’s fairly inexpensive, especially if potatoes and broth are on sale!

Do you have a potato soup recipe that you love? What about other comforting fall soups?