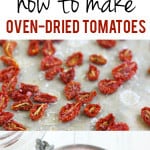 It’s easy to make your own oven-dried tomatoes! These tomatoes are tangy and delicious, and will bring a ton of flavor to your recipes.

Do you plant a summer garden? We love to plant zucchini, cucumbers, squash, and tomatoes.

We usually do quite a few varieties of tomatoes, and inevitably the ones that do the best are the little cherry tomatoes.

One summer, we had lots of cherry tomatoes, and I decided that I wanted to try drying them in the oven. I had heard that the flavor was the same as if you were to dry the tomatoes in the sun, and since I don’t have a safe way to do that, into the oven they went!

These oven-dried tomatoes were so tangy and delicious, this has become a summer tradition. We love to dry our excess cherry tomatoes in the oven. They are a delicious addition to salads, soups, and pasta.

What are the health benefits of sun-dried tomatoes?

Sun-dried or oven-dried tomatoes are a great source of the antioxidant lycopene, vitamins C and K, and iron. Their flavor and the nutrients are very concentrated, so they pack a lot of nutritional value into a small package! 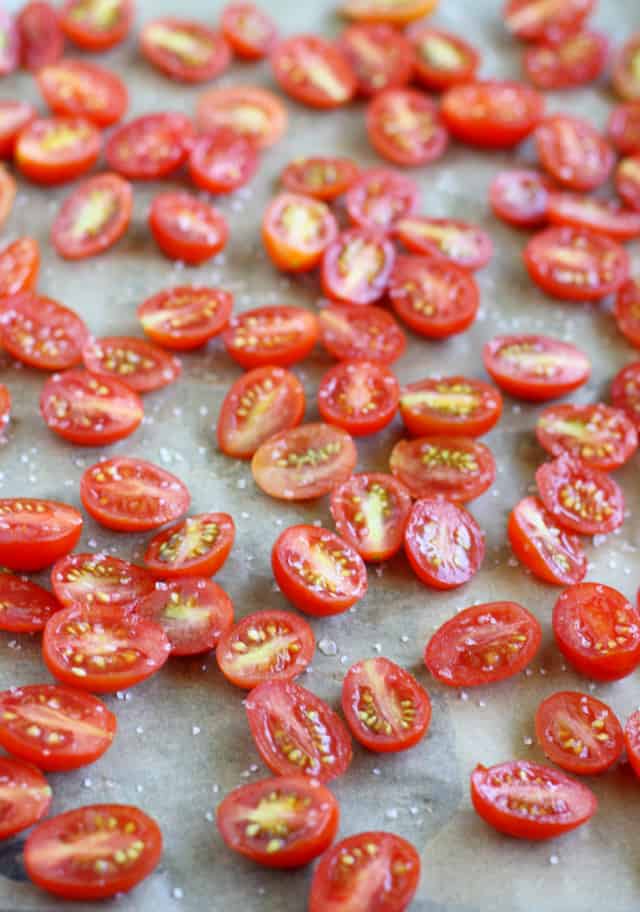 How do you make sun-dried tomatoes in the oven?

Making oven-dried tomatoes is SO easy to do, and I highly recommend it. It just takes a few simple steps.

You do want to make sure that you slice the tomatoes evenly, if some are thicker than others, they won’t dry out evenly. I like this tool (affiliate link) for making sure the tomatoes are even, and for cutting down on the time it takes to slice a lot of cherry tomatoes. 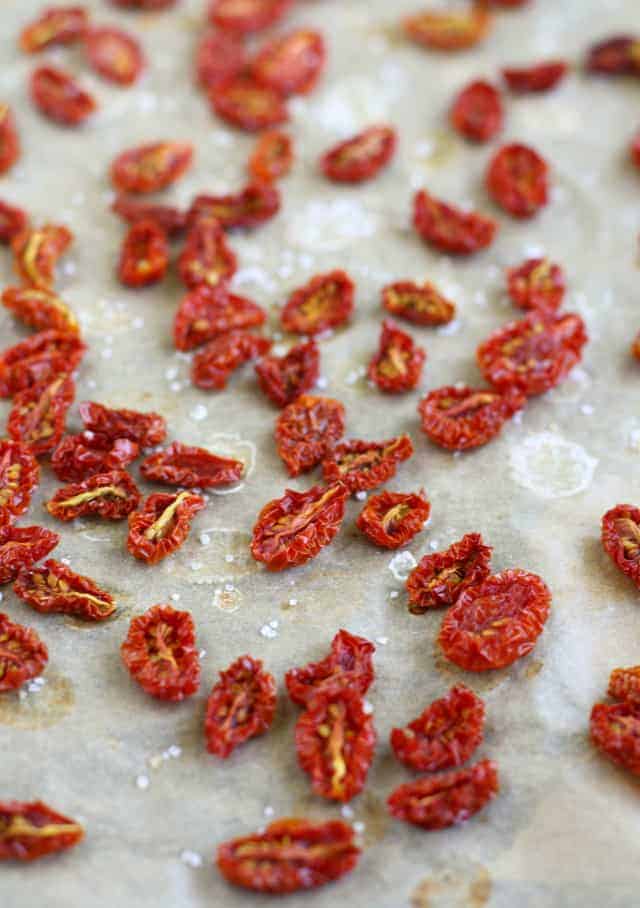 How long can you store oven-dried tomatoes?

These oven-dried tomatoes do have a nice long shelf life, although I can’t vouch for that because we ate ours up pretty quickly!

These are like little bites of summer sunshine. The tomato flavor is really concentrated, and they are a little bit sweet. They’re kind of addictive, actually, and I think they’re more flavorful than the store-bought variety.

Can you dry any type of tomato in the oven?

Yes, I think so! Just make sure to slice the tomatoes very thin, and pat them dry. I think this recipe will work with Roma tomatoes, heirloom tomatoes, and other varieties as well. 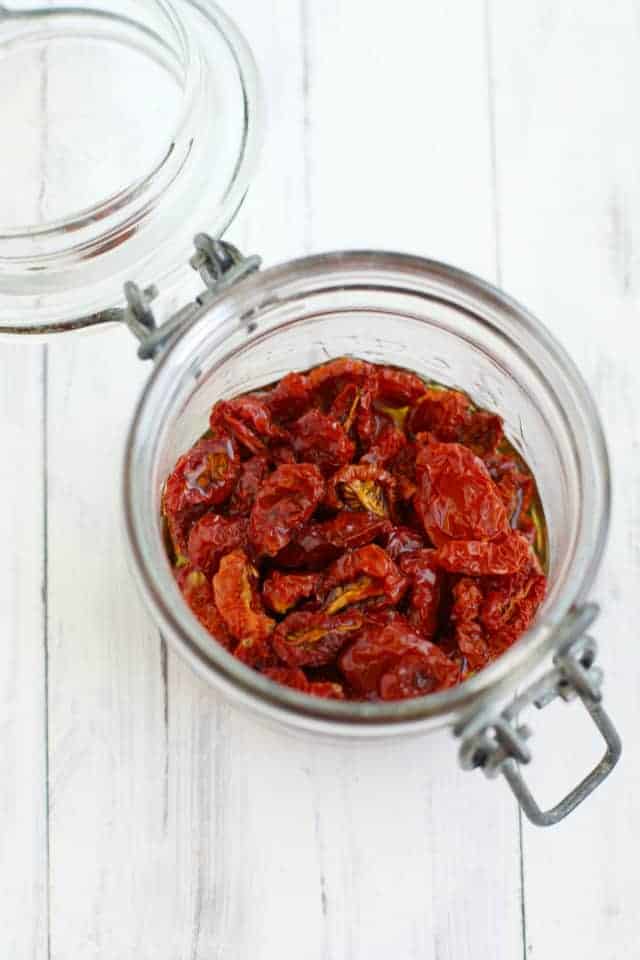 These oven-dried tomatoes are: 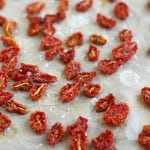 It's so easy to make delicious oven-dried tomatoes at home! These little gems are bursting with sun-kissed garden flavor!

Check the tomatoes regularly after they have been baking for four hours. Depending on how thick they are, some may be done before others. Feel free to remove any that are done before the baking time is completed.

Store these in a ziploc bag in the refrigerator or freezer. If you store them in olive oil, they must be consumed within two weeks.

This post was originally published in September 2014. It has been updated with more tips and information.

Have you been preserving any summer produce? Have you ever made oven-dried tomatoes?