Good morning! Today I thought I’d share the story of how we wound up living without dairy, eggs, wheat, and tree nuts. 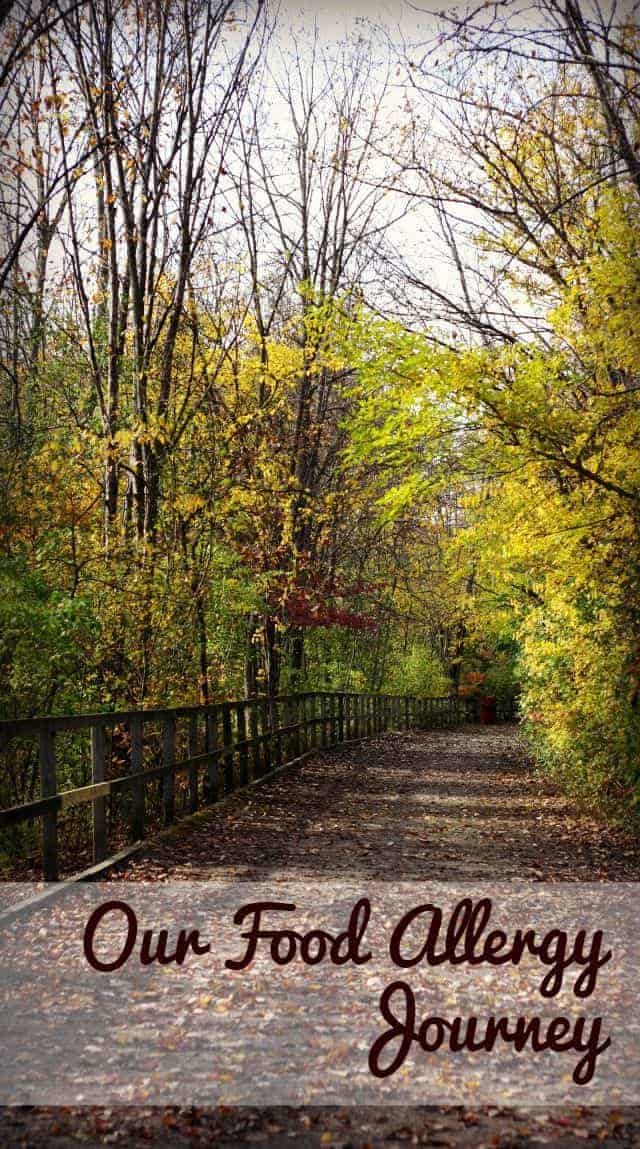 Several readers have asked how I was able to figure out what my children’s food allergies and sensitivities were, especially when I was breastfeeding them. I’ve talked about it a little bit before, but I thought since I’ve been getting more questions about that topic, I would talk about it in depth today.

My story starts about six and a half years ago when I was breastfeeding my son. With my first son, there were really just two big signs that he might be sensitive to something in my diet. The one that was REALLY noticeable was a patchy rash on his left cheek that would NOT go away, no matter what cream or lotion I put on it. Keeping it dry, covering it with Aquaphor so that it wouldn’t be irritated by drool, even using a prescription steroid cream.

When I look back at the pictures of him as an infant, I wince at some of them where the rash looks very red and raw. Sometimes it would even bleed! It was awful. I actually asked one of our pediatricians if it could be related to the food that I was eating, and she said no. Shortly after that, his sleep worsened. Now, sometimes that can happen anyway – he was about five months old, it could have been teething, but he was up pretty much every hour through the night. It was pretty extreme.

His poor sleep coupled with the rash which was steadily getting worse made me take a look at my diet to see if there might be something that I was eating that he was sensitive to. After doing a little reading, I came to the conclusion that he was sensitive to either dairy or wheat, because both of those can be very allergenic, and were very much staples in my diet. (Don’t judge! I was very into my cheese and crackers and ice cream back then!) ;)

I chose to eliminate wheat and gluten first because I was really hoping that it wasn’t dairy. I thought I’d go gluten free for a couple weeks and see if anything changed, and then if my son hadn’t improved, I would look into eliminating dairy or other foods as necessary. Well, I was fortunate, because it WAS wheat/gluten! His skin cleared right up and stayed clear! It was awesome! His sleep improved as well – no, he didn’t sleep through the night, but he did go back to sleeping for 3-4 hours at a time and it was glorious. 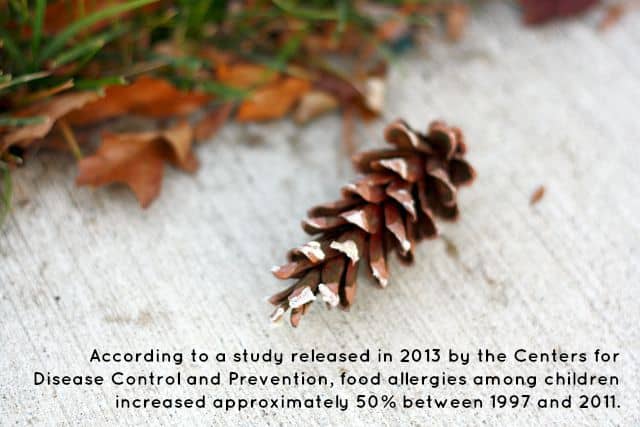 I continued to eat gluten free for the entire time he breastfed – through toddlerhood – and he is still very sensitive to wheat today. If he accidentally eats a little bit, his eczema comes back very quickly.  Not on his face anymore, but on his wrists, behind his ears, and behind his knees.

Now, with my second son, Baby Bee, it was not so cut and dried. As I’ve mentioned before, Baby Bee was born with an airway defect called laryngomalacia (basically his larynx was “floppy” so when he breathed in, it would flap around and make it a little harder for him to get air in because his airway was compromised. His breathing was very loud and squeaky as a result). It actually amazes me to be able to type that out so casually now, at the time I was panicked. No mama wants to hear that her baby has an airway defect. Two years later, he breathes silently, because as he grew, and his airway widened, the loud noises and chest retractions went away. Wider airway = more air getting in, and the floppy larynx isn’t a problem anymore.

Anyway, one problem with the laryngomalacia issue was reflux, or spit up. When he would spit up, the acid would irritate his airway and make the squeaking even louder as the tissues swelled. My personal mission was to get him to not spit up, or reduce it to a very minimal amount. I would keep him upright after feeding, and nurse him in an upright position, but that wasn’t cutting it.

My first clue that dairy was a big problem for Baby Bee was when I ate a large bowl of Cheerios with milk, nursed Baby Bee a half hour later, and had him projectile spit up all over me. Yikes. So I eliminated dairy to start with, and did see an improvement, but not enough. Next on the list was soy, which wasn’t a huge deal, because I don’t eat a lot of soy. When he was still spitting up, I totally cut out gluten again, and things improved, but I knew I was still missing a piece of the puzzle. So eggs were the next food to go. When I removed eggs from my diet, some issues that he had in his diaper (blood, sorry, TMI), went away.

Being a nursing mother, I needed to eat, and it was a bit frustrating because I was cutting out lots of food options. But I was still on a mission to have him be as comfortable as possible. One night, at a family dinner, I ate a lot of corn based items, and later that night his reflux was out of control. It hit me – corn was a big problem! Once I cut out corn, (which was so hard, it’s in everything!) his spit up was almost totally gone.

I was dairy, soy, gluten, egg, and corn free for over a year. It was tough, but so worth it. Baby Bee wasn’t spitting up, I had a ton of energy and just felt healthier, and my older son was sleeping better and his eczema (which would still pop up now and then) was gone.

The three of us all operate much better on a diet that’s free of dairy, eggs, and wheat. Two years later we can now eat corn and soy in small amounts without a problem. Baby Bee has a true egg allergy which we carry an Epi-Pen for, and my current pediatrician has been very supportive of our dietary changes. Her belief is that eliminating these sensitive foods now is the right move, and by keeping them free of these allergens, they have a better chance of outgrowing these sensitivities some day. 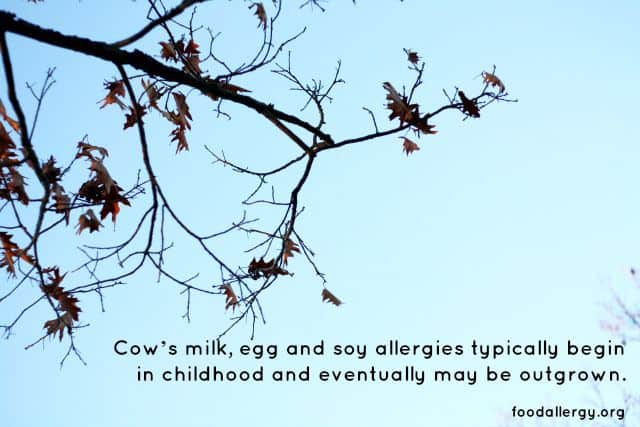 If you are in this situation of breastfeeding a baby that seems to have food allergies or intolerances, I would encourage you to keep a food diary. That way you can note any reactions that happen after you eat something and then nurse your baby. If you have an older toddler or child that you suspect has food allergies, of course you can eliminate the offending foods, but you can also have your child tested at the allergist to see if any true food allergies show up.

For us, eliminating these problematic foods has been so healing and helpful. My children are happier, their skin and digestion is healthy, and I have more energy. Making these big dietary changes has led us to a new normal.

I’d love to hear from you in the comment section! Have you ever experienced anything like this with your children? What dietary issues are you dealing with now?

UPDATE: In November 2014 we discovered that Baby Bee is allergic to cashews after feeding him a muffin made with cashew flour. After we went to the allergist we found out that this allergy is serious and we cannot have any tree nuts in our home now. 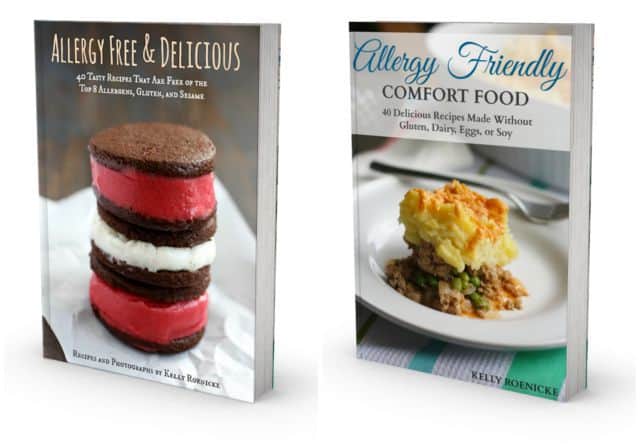