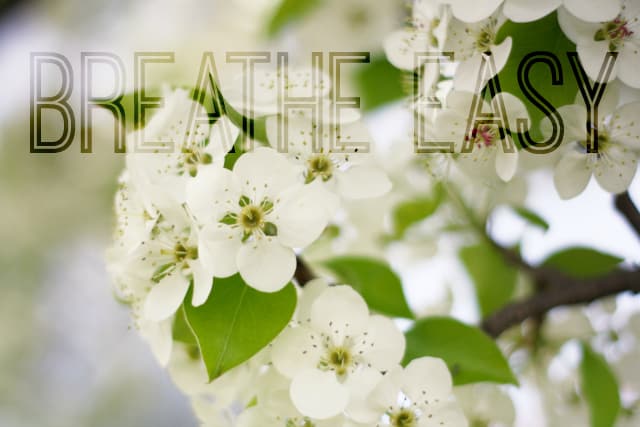 Well, I thought maybe it was time for a little update about Baby Bee’s floppy larynx.  You might remember that he was diagnosed with moderate laryngomalacia (a birth defect of the airway) when he was two weeks old.  I recently heard that a mom in our area had a baby who had laryngomalacia and tracheomalacia, and I hearing that news took me right back to the first days after Baby Bee’s diagnosis when I was so nervous, worried and exhausted. I so wish that I had known someone who had been through this before me.

I know when he was first diagnosed with laryngomalacia, and the doctors said things like it will get worse before it gets better, it should resolve by 18-24 months, his airway will firm up as he gets older, etc.  At that time I really could not wrap my mind around what a floppy larynx would be like in an older baby.  I only knew what it was like in a teeny newborn, and that was loud, squawking, high pitched and completely unsettling.  Every time Baby Bee breathed in, his larynx flopped over his airway, and created some kind of sound.  I can’t count the number of times that I wished I had a mom friend that had a baby with LM, who I could call or text and who would say, well, this is what it will be like next month, at six months, at one year.

Honestly, in those first three months, I was very anxious.  There were many days when Baby Bee was so loud that I would call Darryl at work and say, Is this normal? Should I take him in?  His chest is retracting, but he seems happy, so what do I do?  It was nerve wracking, and I know I grew a few more gray hairs.  His breathing was so noisy at times that we would have to talk loudly just to hear each other over the racket.  Thankfully we have a wonderful pulmonologist that I felt comfortable calling anytime at all if I was concerned.

As you know, I did everything in my power to stop any sort of reflux from happening, because when he would spit up, it did make his breathing sound a lot worse.  The radical diet changes I made were totally worth it to me, and of course as he grew, spitting up basically stopped anyway.

I made every effort to avoid germs and sick people during the winter seasons.  This year it seemed that everyone in Michigan had the plague, so we basically did not take Baby Bee out in public.  Does that seem extreme?  Maybe to some, but I was not willing to take any chances.  The flu and respiratory infections that were going around here were severe and took several weeks to get over.  I was comfortable dealing with some isolation if it would keep Baby Bee from getting a nasty cough and compromising his breathing.

When Baby Bee was around five or six months, things started to improve somewhat.  The super loud noises started to tone down as his airway widened.  He would still get loud, but not as often, and not so loud.

As he grew, and was sitting up on his own, and then pulling up to standing, that seemed to help quiet down his breathing as well.  He started to crawl, and then was walking by eleven months.  By the time he turned one, I would only rarely hear his stridor.  When he was sleeping, he would still have a bit of a low pitched stridor that sounded like hehh-hehh, hehh-hehh (combination growl, snore and laugh).  This was worse when he was teething heavily.  If he was very drooly during the day, he would also have that low pitched stridor as well.

Last night, he was sleeping, and his breathing was louder again…I think due to some excess saliva pooling back in his throat.  I would say that 60% of the time now he breathes silently when he sleeps.  I really do not ever hear his stridor during the day unless he is very congested.  The fact that I can’t hear his breathing is amazing to me.  Fifteen months ago it was very hard to see ahead to this day.  His floppy larynx still is not totally resolved, and we will have to wait and see how long that will take.  I am so thankful that he is growing and thriving and doing so well.  Holding my tiny guy in the hospital room after his bronchoscopy, I didn’t know what the days ahead would be like.  I prayed and prayed and prayed that his breathing would be easy, that he would grow and that God would protect him and keep him alive and well.  God is so faithful.

So if your baby has recently been diagnosed with laryngomalacia, I would say this to you:  I know it is so scary right now.  Having a new baby is overwhelming, and hearing that his airway is compromised is so frightening  that it is hard to even comprehend.  Find out everything you can about your child’s condition, and keep in close contact with the doctors that are treating your child.  My experience was with moderate laryngomalacia, so not every case is the same, but it will get better.  As your child grows and gets bigger, the noisiness will improve and those early days will become a distant memory.

Try not to let your worry steal your enjoyment of the early days with your baby.  Enjoy those first snuggles, smiles and the times when he is sleeping in your arms, even though he may be breathing noisily.  It goes so fast, and soon you will be chasing a busy little toddler around the house and wondering where on earth time has gone.  :)