My first Valentine’s Day with my husband was when we were engaged. We met at the end of July, were engaged in December, and married the following October. It was a whirlwind! From September to May, he lived in Saginaw, and I was down here in the Detroit area. It was about a ninety minute drive to see each other, and I wanted to make Valentine’s Day really special, so I put together a packet of 14 valentines and tied them up with ribbon and mailed them to him so he’d have something to open each day starting with February 1.

I was younger then, and very in love, and I think each one probably said something like, “I can’t wait to marry you, baby! xoxoxoxoxoxoxo” :)

I’ve done this for him most years since then. I did miss one or two – that happens once you have a baby, things get crazy for a while.

This year I changed it up a little bit. I made simple folded cards with scrapbook paper, and glued a heart on each one. I wrote either an attribute that I love about Darryl, like his kindness, or tender heartedness, or I wrote down a memory that I have of us from the beginning of our relationship. 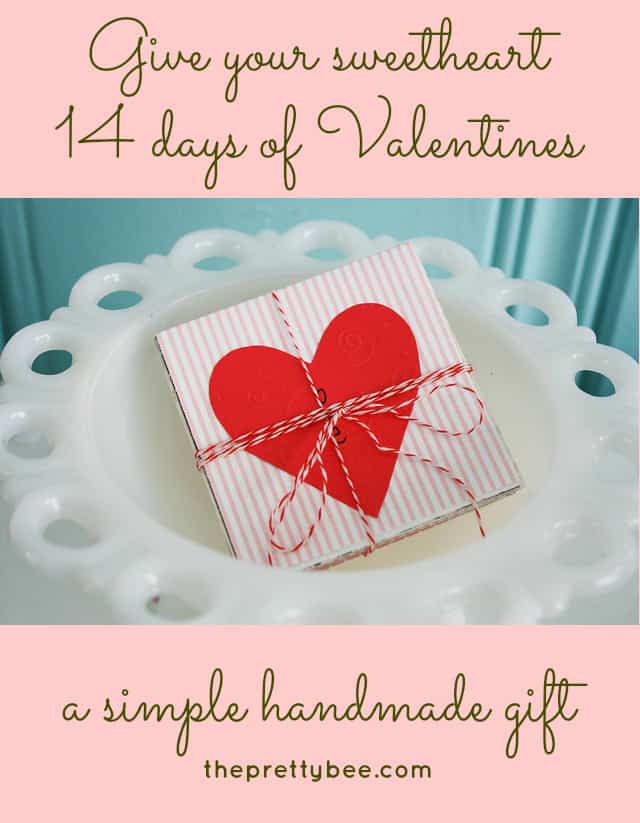 I bundled them all up with a little twine and presented them to him on February 1, so he has a whole stack of cards to open for the next two weeks!
It’s just a little something to remind him of how much I love him! Do you all make valentines for your loved ones?