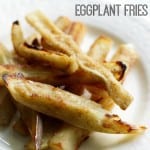 Gluten free eggplant fries are crisp, seasoned, and so tasty! A great way to enjoy eggplant! 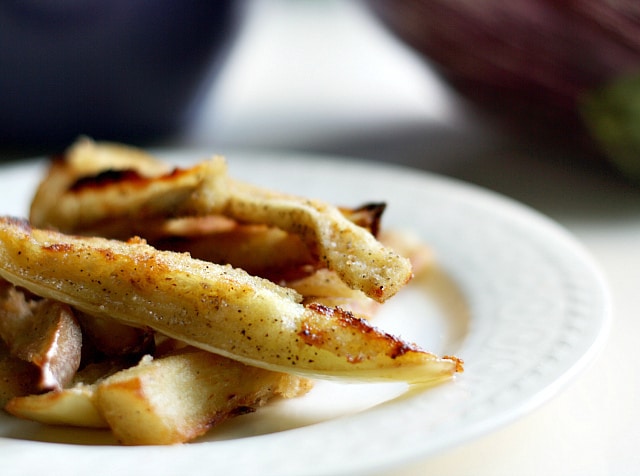 The last time we went to the Farmer’s Market, Darryl bought two giant eggplants for some reason.  These were the biggest eggplants I had ever seen.  One was white and the other was this pretty striped one: 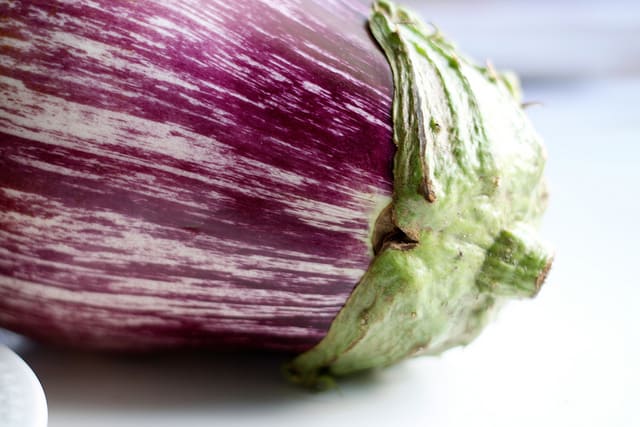 So we get home and he said, “What do we do with them?” And I looked at him and said, “Um, what?  Hahaha, I don’t know, I thought you had something in mind when you bought them!” And he said, “Nooo…but they were so big, and they seemed like a good deal! Let’s fry them!” And I rolled my eyes, because I am not a fan of fried food.

But he hopped online and found out that you can make eggplant fries.  And we just happened to have an unopened box of gluten free seasoned flour in the pantry, so we decided to try it.  And, surprise!  These gluten free eggplant fries were delicious.

If you aren’t a fan of fried food, you could try baking these. You would need to dip the eggplant into some kind of milk, and then dredge the fries through the flour. I would try baking them on a lightly oiled cookie sheet at about 400 degrees. Using parchment paper may help prevent sticking. 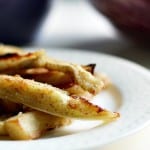 Adapted from this recipe.

These eggplant fries are:

I was very surprised by how tasty these were!  They were a bit rich, but were delicious!  I’ve decided I like them more than I like fried zucchini.

« How to make your own deodorant.
Garden Fresh Marinara or Ragu Sauce. »