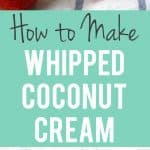 Coconut whipped cream is the perfect dairy free and vegan topping for your favorite desserts! It’s a decadent, allergy friendly recipe that’s easy to make. Use this creamy topping for cakes, cupcakes, fruit, and more. 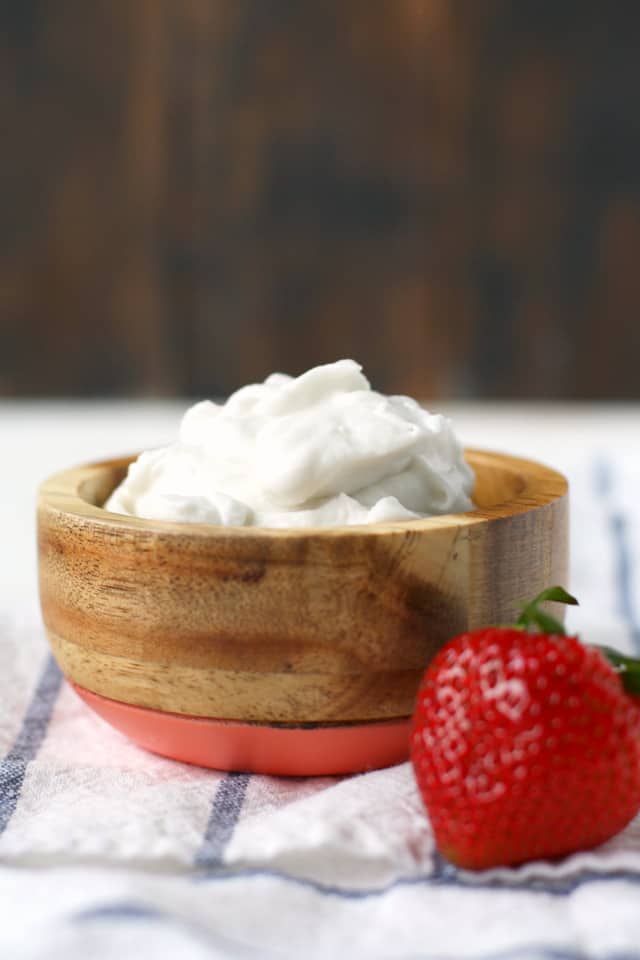 Is there anything a can of coconut milk can’t do?

It can make a flavorful curry sauce or a decadent dairy free ice cream. It adds flavor and richness to recipes, so much so that you won’t even miss the dairy!

One of the easiest ways to use full fat coconut milk is by making it into delicious coconut whipped cream. This dairy free and vegan treat is perfect for topping chocolate pudding, ice cream sundaes, and chocolate cake.

If you’re new to a dairy free diet, and are missing out on having whipped cream, this is a great recipe for you to try.

No, coconut is not a tree nut. Coconut is botanically a fruit – specifically a type of fruit called a drupe. The FDA labels coconut as a tree nut, which causes some confusion. You can have a coconut allergy, but it isn’t the same as a tree nut allergy. You can read more about coconut and food allergies here.

If you have concerns about eating coconut, you should talk to your allergist. 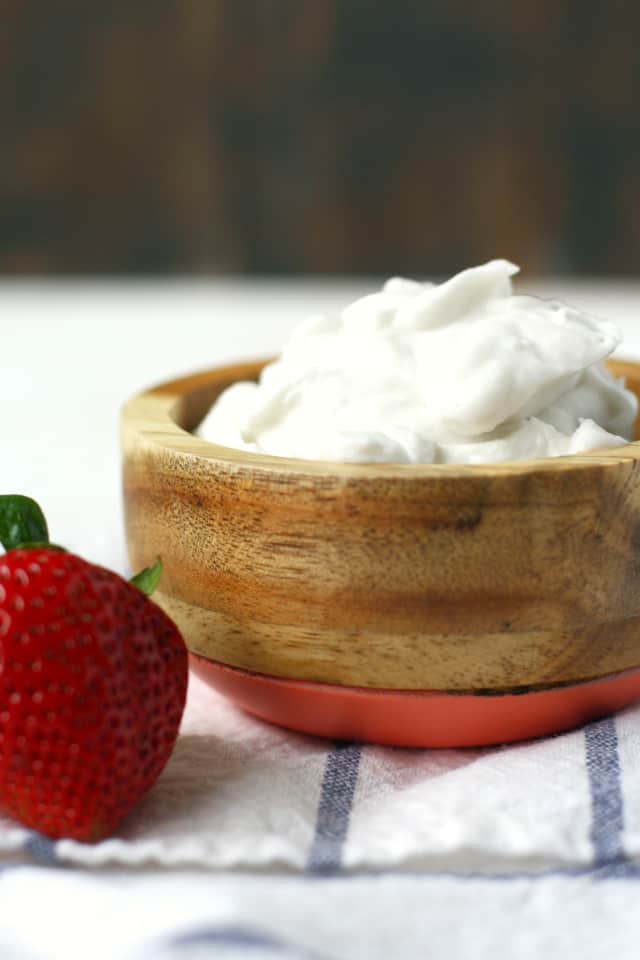 What is coconut whipped cream anyway?

It’s simple coconut cream that has been chilled, then combined with sugar and whipped until light and fluffy.

It’s so easy to make coconut whipped cream. You do need to plan ahead and put the can of coconut milk in the refrigerator for at least eight hours or overnight. When you do that, the coconut cream will separate from the excess liquid in the can.

Once the coconut milk is chilled, just spoon out the cream, add it to a bowl with a little powdered sugar, and whip it until soft peaks form. 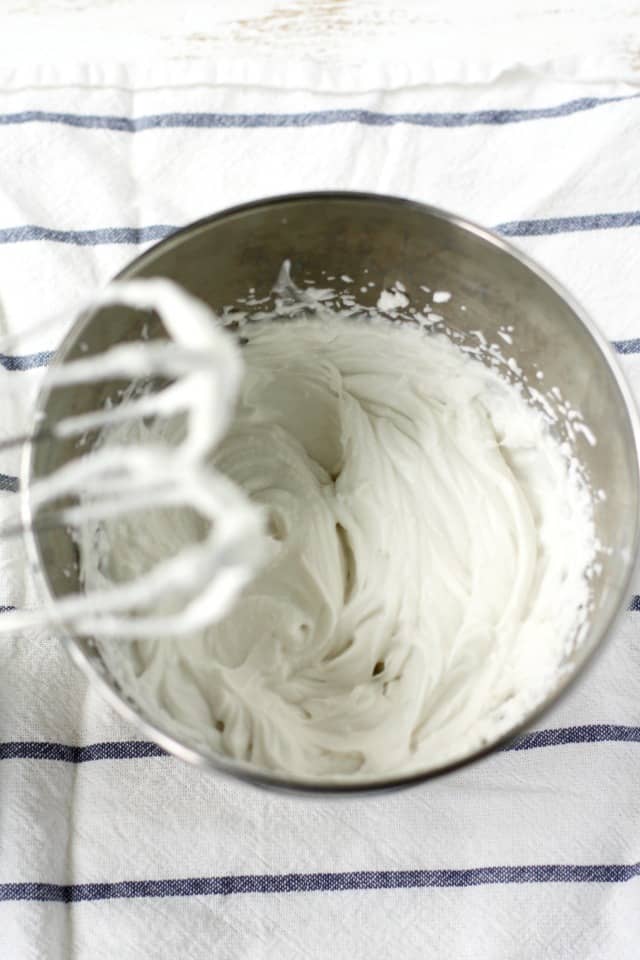 It tastes like coconut. It’s not sweet, but it is decadent tasting. I like to add some powdered sugar to sweeten it, but you can leave it out if you wish, or use less or more according to your tastes.

How to whip coconut cream: 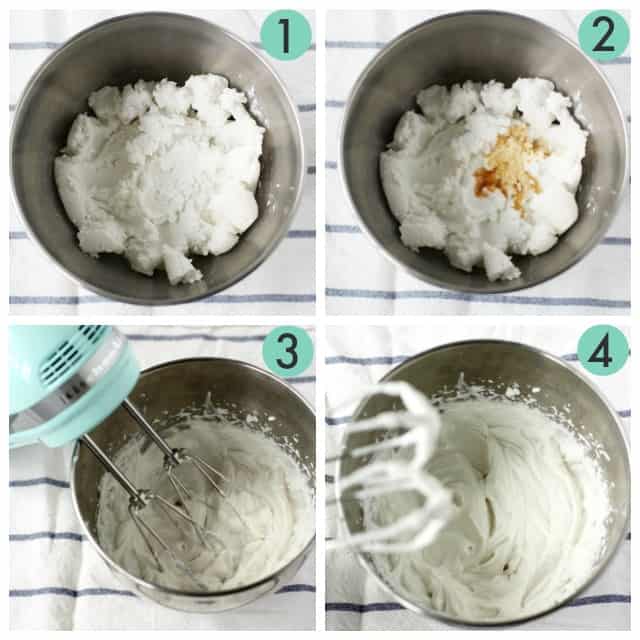 What should you serve with whipped coconut cream?

You’ll love using this whipped coconut cream on all your favorite desserts – it’s even good as a fruit dip! If you happen to have a can of coconut cream, you can use that in place of full fat coconut milk. Learn more about the varieties of coconut milk here.

Can you make this recipe without a mixer?

If you had trouble getting the coconut milk to whip up, it could be because it wasn’t chilled. Make sure to chill in the refrigerator for at least 8 hours.

You also need to drain off the coconut water. Too much liquid will result in a failure to whip up nice and thick.

What brand of coconut milk did you try? Some brands of coconut milk work better than others. I have tried this with Taste of Thai, Thai Kitchen, and other brands. Experiment and find one that works for you!

You can even use this dairy free whipped cream as a simple fruit dip. It’s a versatile topping for any dessert. 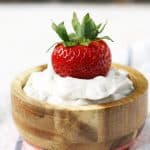 Coconut whipped cream is a perfect topping for a wide variety of desserts! Make this dairy free topping and enjoy it with ice cream, cake, or pie.

This is best eaten right away. You can refrigerate it for a 5 days, but it won't be as light and fluffy. 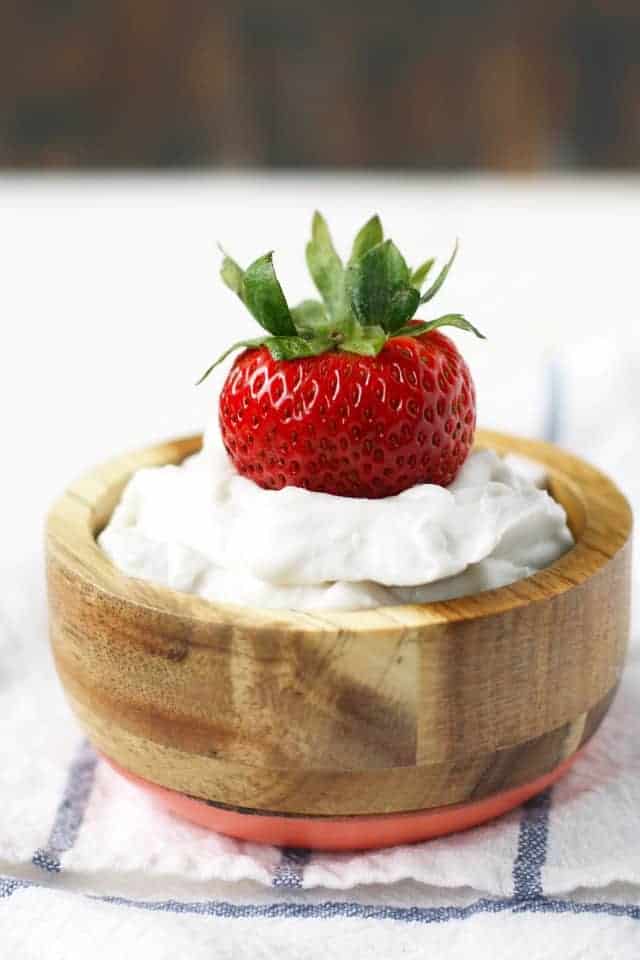 This post was originally published in July 2017. It has been updated with more tips.