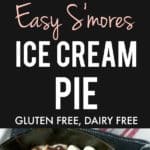 An easy s’mores ice cream pie is a sweet ending for a summer barbecue! This version is gluten free, dairy free, and allergy friendly! 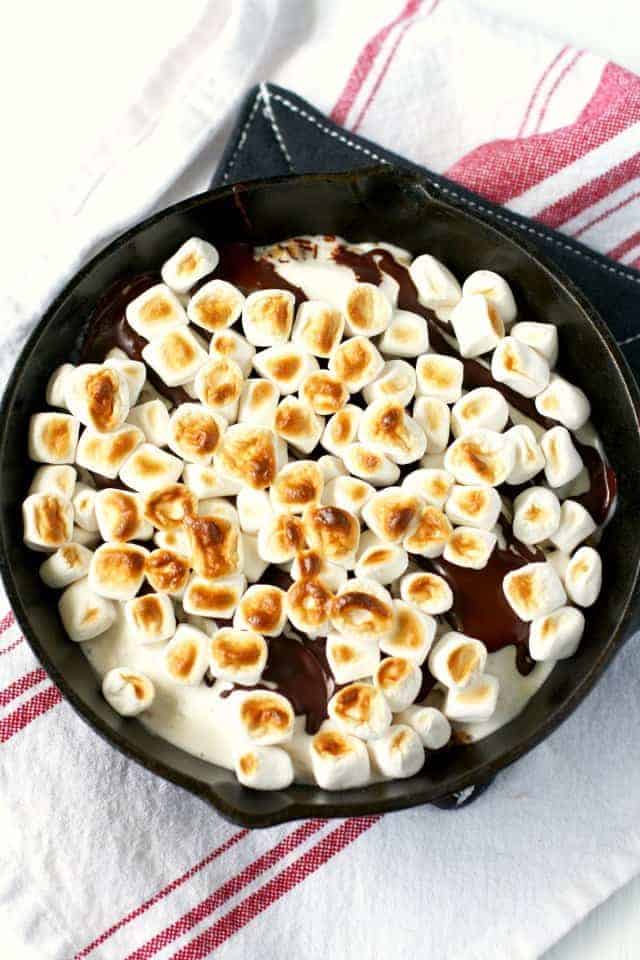 Is there anything more summery than s’mores? How about a s’mores ice cream pie?

My sons love s’mores and love ice cream, so I made a little s’mores ice cream pie the other day. So easy to make, just a simple graham cracker crust, some ice cream, melted chocolate, and some marshmallows on top. 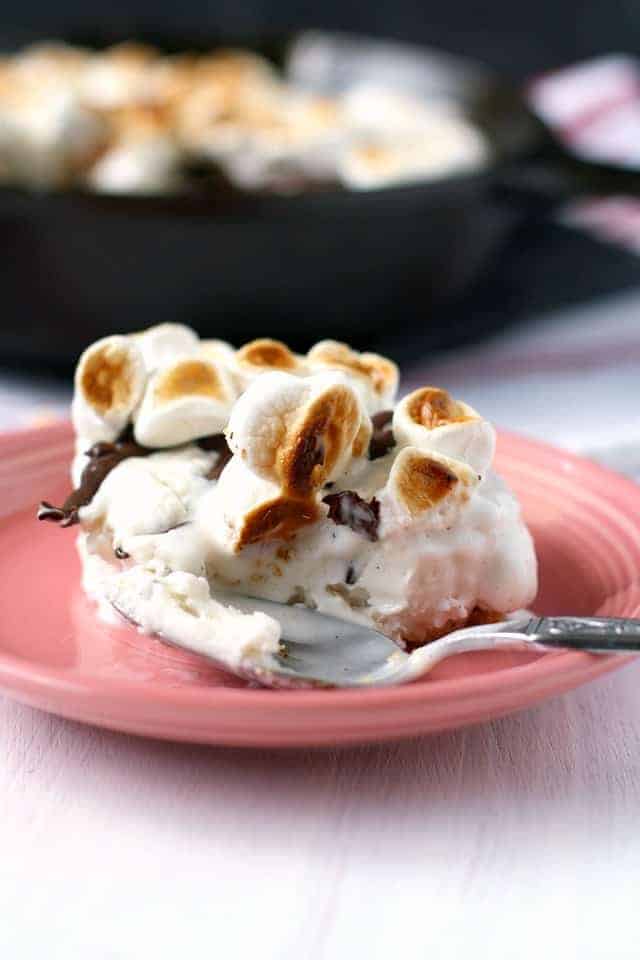 The thing that’s great about this ice cream dessert is that it’s so easy to customize it according to your dietary needs.

I made ours to be gluten free and dairy free by using SO Delicious Vanilla Coconut Milk Ice Cream and Kinnikinnick Smoreables Graham Crackers. It’s very easy to make yours to suit your own needs and preferences! I know that Nabisco Original Grahams are vegan, if you’re looking for graham crackers made without honey.

Another alternative for allergy friendly graham crackers would be to use Enjoy Life Vanilla Honey Graham Crunchy Cookies.

If you aren’t dairy free, you can use dairy ice cream, dairy butter, and regular chocolate chips. The recipe will still turn out well!

I made this s’mores ice cream pie in an 8 inch cast iron skillet so that it would be safe to put under the broiler. It made about six servings in that smaller size skillet.

How do you make s’mores ice cream pie?

You’ll make a simple graham cracker crust, and layer it with dairy free ice cream, melted chocolate chips, and mini marshmallows. A minute under the broiler to toast the marshmallows, and boom! All done. 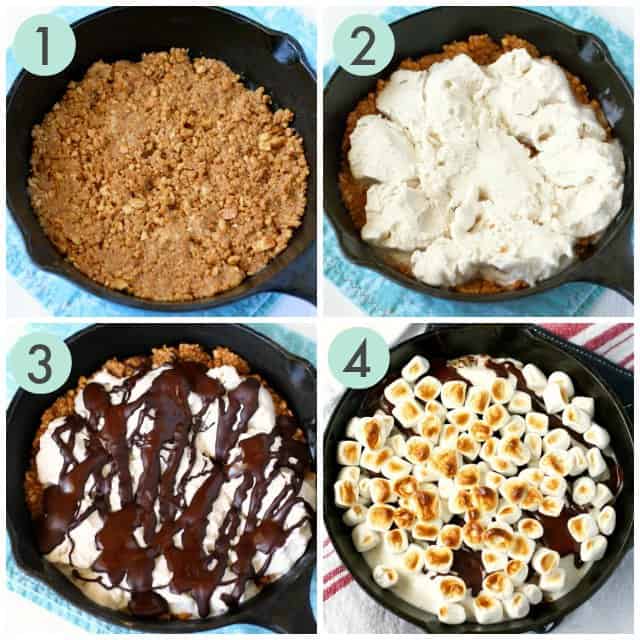 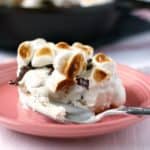 Make an easy and fun summer dessert - s'mores ice cream pie! This is the perfect sweet treat for a barbecue or potluck.

Store leftovers in the freezer.

Feel free to customize this pie any way you like! Use your favorite flavor of ice cream, use cookie crumbs for the crust - be creative!

This post was originally published in August 2014. It’s been updated with a new recipe and photos. 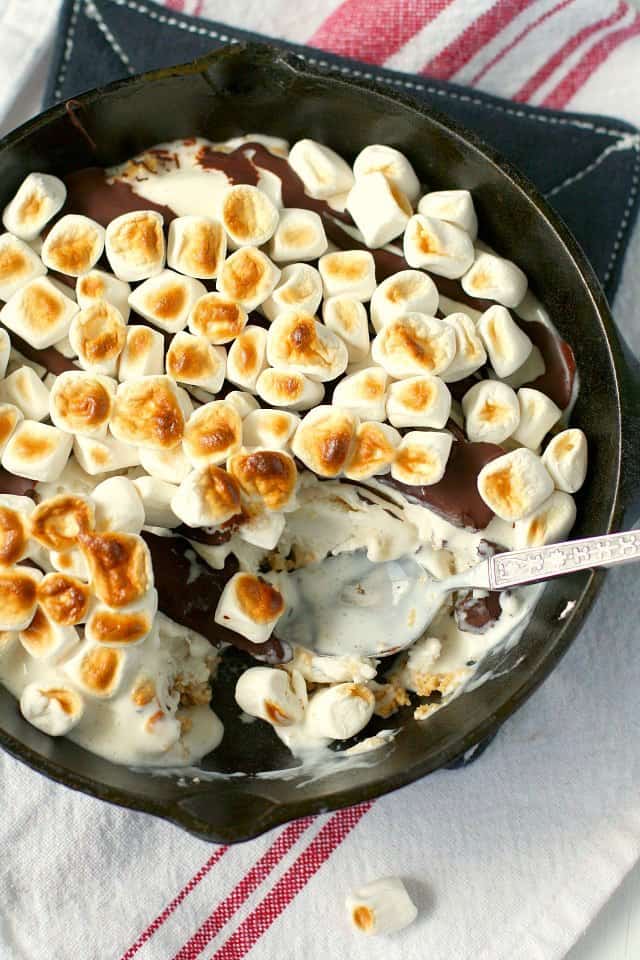