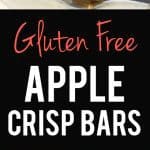 These apple crisp bars are the perfect fall dessert, with sweet apples and a crunchy, sugary topping. Gluten free, vegan, and nut free, this is a dessert that everyone can enjoy! 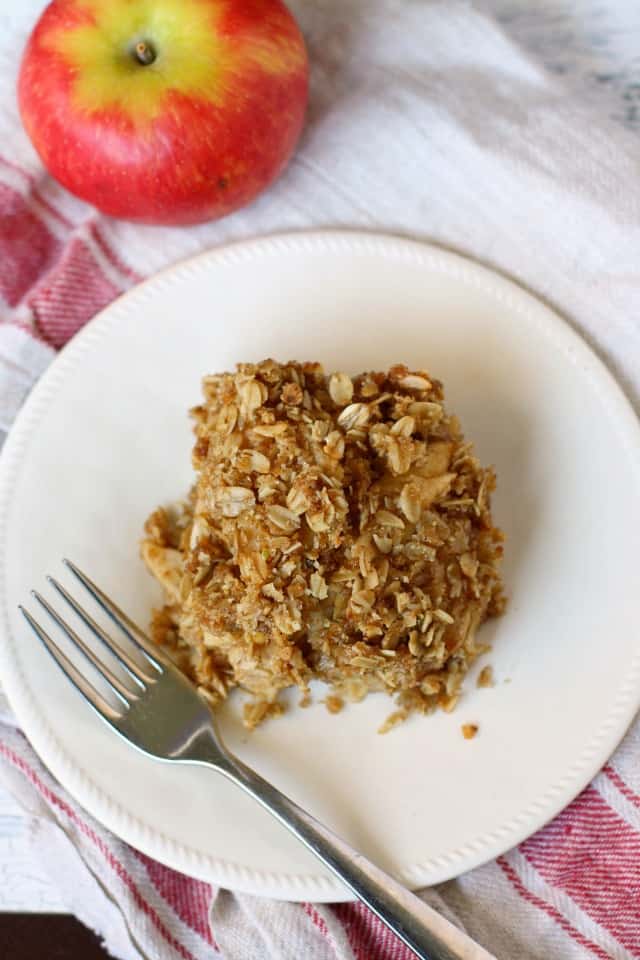 One of the best parts of any holiday meal is the dessert. And apple pie is a traditional Thanksgiving dessert.

But if you’re short on time, making a pie can be daunting. You need to make the dough for the crust, chill it, then roll it out. And if it’s gluten free dough, you have to be careful…it can rip really easily.

That’s where these apple crisp bars come in. They have all the delicious flavor of apple pie, but don’t take too much time or fussing. They’re a little firmer than apple crisp, since they have a top and bottom crust. These are just right with some vegan ice cream or eaten plain warm out of the oven. 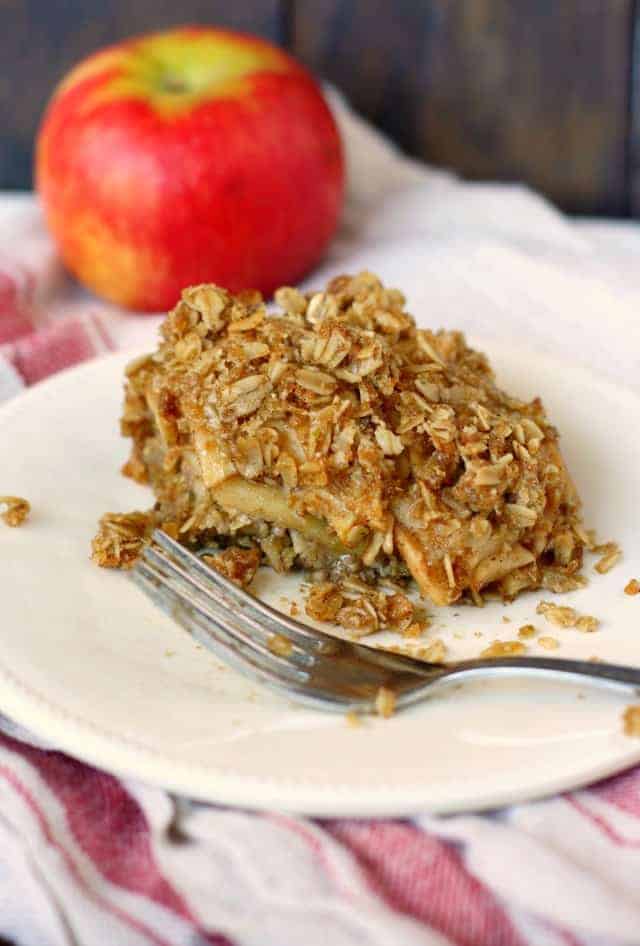 These apple crisp bars have a delicious flavor from the apples and cinnamon, and they also have a buttery, crunchy topping made from gluten free oats.

This recipe is kind of a cross between apple pie and apple crisp. The topping is a traditional crisp topping, but there’s also a crust on the bottom. The best of both worlds.

Can I make this recipe without oats?

If you can’t have oats, you could try making this with just gluten free flour. Just substitute an equal amount of gluten free flour in place of the oats. The crust and the topping would then have a softer texture. I think it would still be delicious, but the texture would not be as rustic.

I love to have both apple and pumpkin desserts during autumn. If you’re serving a holiday meal, these apple bars would go well with this pumpkin cake with molasses buttercream, or these gluten free pumpkin sugar cookies. 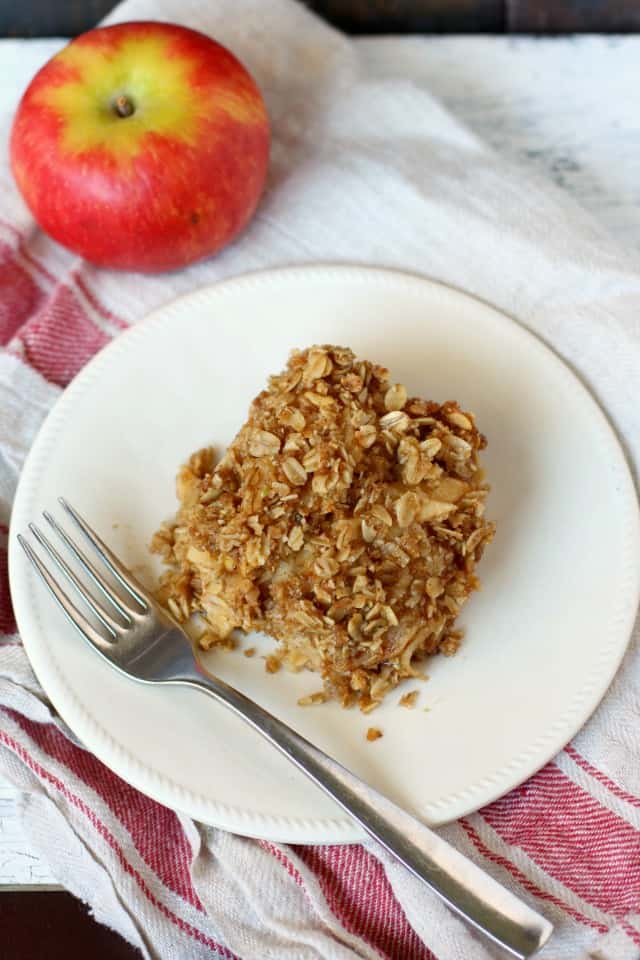 Can I make these with regular flour?

Sure, if you are not gluten free, these will work well with all-purpose flour or spelt flour.

These apple crisp bars are: 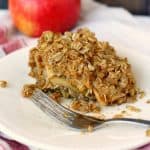 These gluten free and vegan apple crisp bars are a delicious fall dessert!

For the apple filling:

For the crumb topping:

*If you cannot find oat flour, you can make your own by grinding gluten free oats in the food processor. Just process them until they turn into a fine flour.

What desserts are on your Thanksgiving menu this year? Is your allergy friendly pantry stocked for the holidays yet?