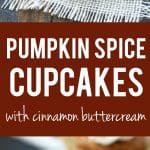 Pumpkin spice cupcakes with cinnamon buttercream frosting are so delicious with a cup of tea! Enjoy these on a cool fall day. 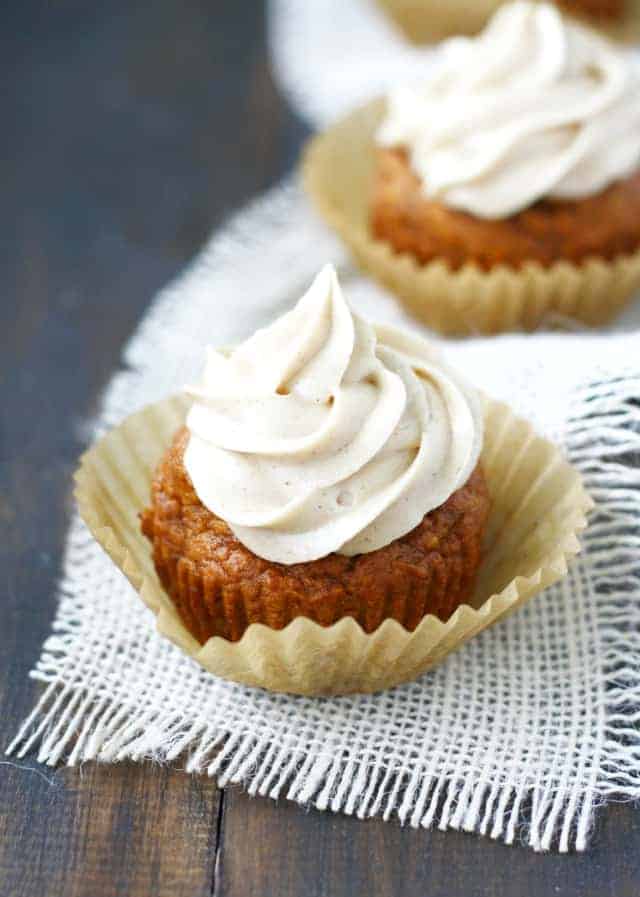 Is there anything better than autumn baking? The urge to bake hit me the other day, and I decided on these cupcakes. When in doubt, go with cupcakes. Right?

These pumpkin spice cupcakes happened on a chilly, somewhat grey Saturday a while back, when everybody was just a little bit crabby. I just felt that a little treat was in order, so I baked these while Baby Bee napped. When he woke up, we had a cupcake party. And then everyone was in a better mood. Funny how that happens. :) 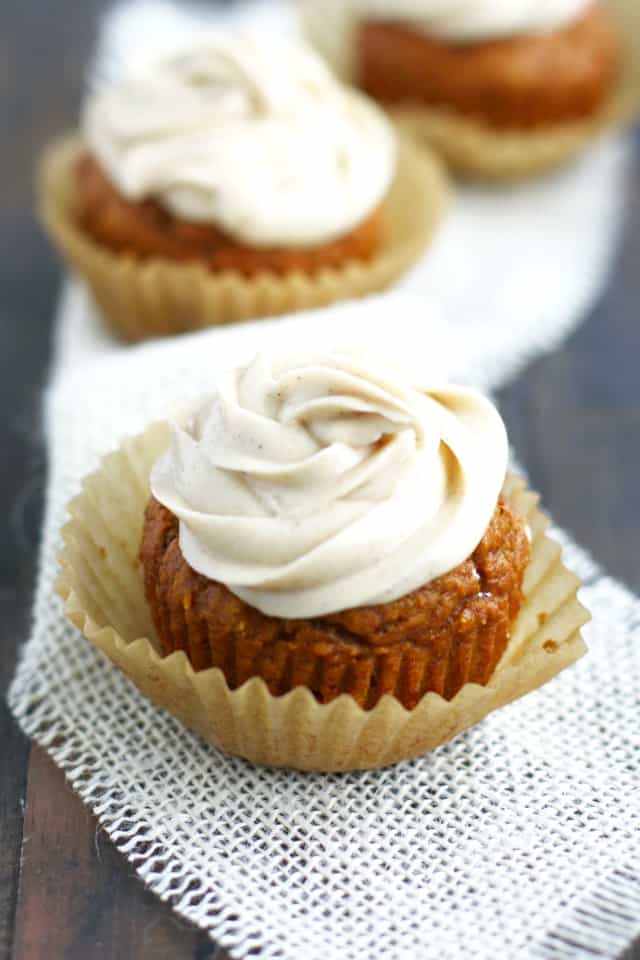 These pumpkin spice cupcakes are really easy to make, and they work well with gluten free flour and regular flour. They won’t rise quite as much with the gluten free flour, but they will still be very tasty. If you’re going to go with the gluten free version, I would recommend trying them with Bob’s Red Mill 1-to-1 Gluten Free Flour Blend or King Arthur Multi Purpose Flour. I also really like these plain, but the boys preferred them with the frosting. (Of course). 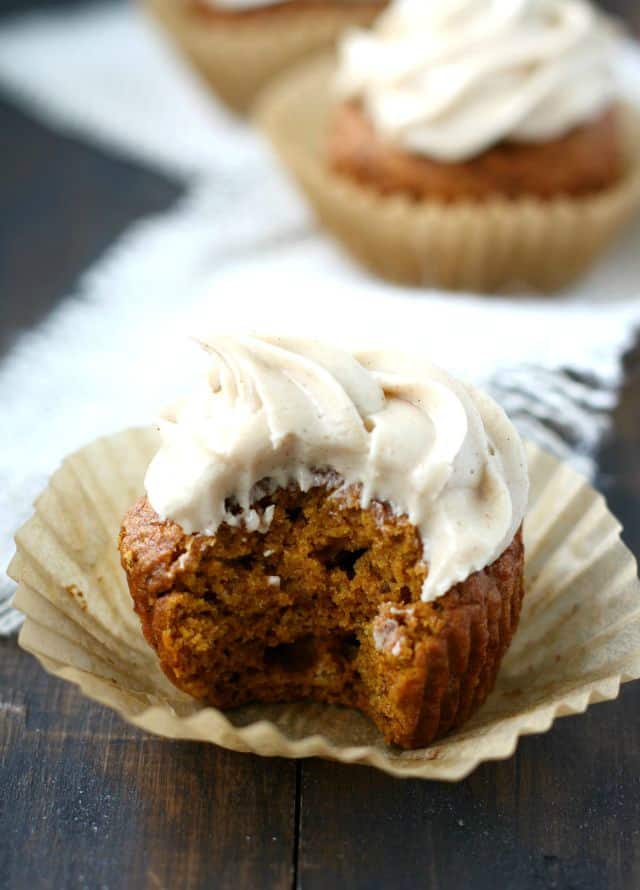 I recommend using parchment paper cupcake liners for gluten free baking. They’re awesome – they never stick to the cupcakes like other liners do, and they don’t get all transparent looking on the cupcake. (You know what I mean? I hate that). 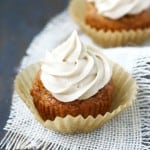 These are definitely on our list to make again later this fall! Maybe for a birthday party treat. 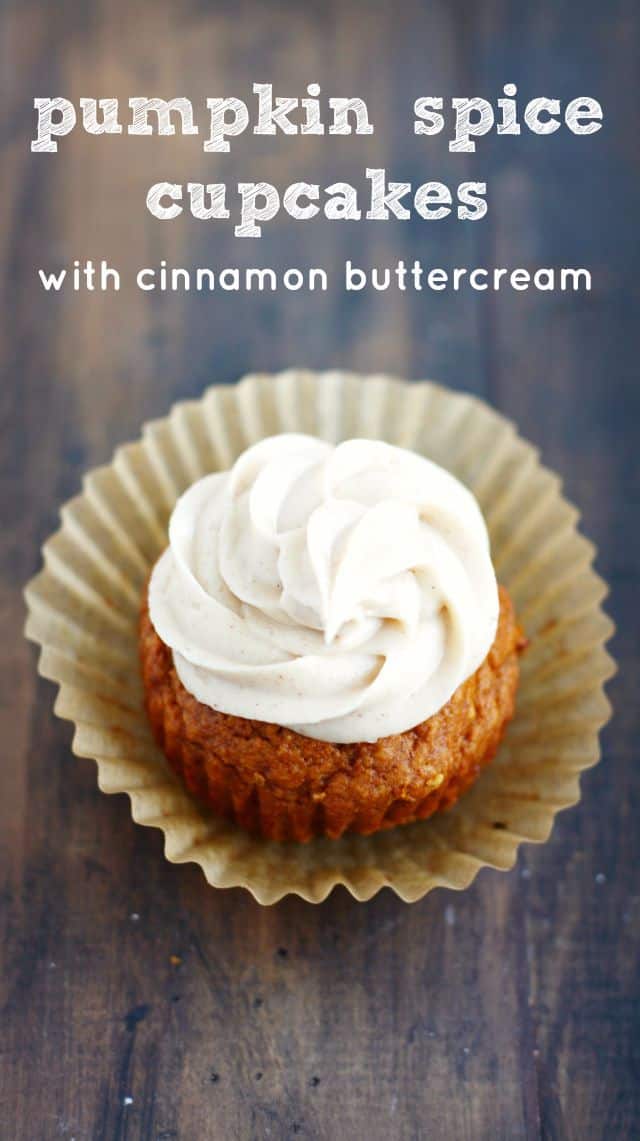 Are you ready for more pumpkin recipes? I hope so! :)