Southwestern quinoa black bean salad is a tasty salad to bring to a summer party! It’s vegan, gluten free, and so healthy! 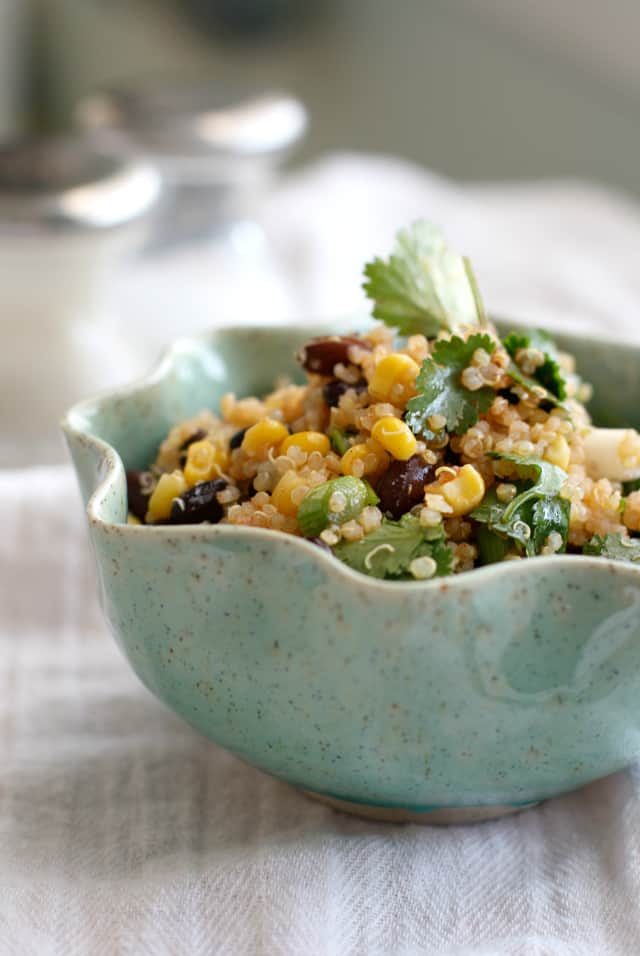 Okay, people, I am officially losing it.

Yesterday we had some friends over for a playdate, and it was a lovely time. I made lunch, everyone got along, we had chocolate banana milkshakes, it was just a nice time.

Then they went home, Baby Bee went down for a nap, and my six year old wanted a snack, so I threw some Daiya cheese on some tortilla chips, and stuck them in the oven. I had lined the cookie sheet with parchment paper, because once Daiya cheese melts onto something, it can be hard to get off. Then we started to color together, and after a bit I peeked at the nachos, and not much melting had happened, so I decided to turn on the broiler for a hot second just to speed up the process. Then I just sat back down to color and like, forgot about the broiler being on. With parchment paper on a cookie sheet. How ridiculous is that?!? I might as well have just thrown a newspaper under the broiler to see what would happen.

So, in case you don’t know what would happen if you do that…it starts a fire. I smelled smoke, looked over and saw smoke coming out of the oven, and then opened the oven door and there were flames inside. So scary! I shooed my son into the other room, and grabbed a pitcher of water and opened the oven door and threw the water at the flames. Thankfully, it worked and the flames went out. Of course the kitchen was a smoky mess, the smoke alarms were going off, it was just not a pleasant situation, and I felt so stupid. The moral of the story is never walk away when the broiler is on, and NEVER put parchment paper under the broiler.

Anyway, moving on, I thought I’d share this easy and tasty Southwestern black bean quinoa salad recipe. It’s easy and quick to make, and the fresh flavors are perfect for summer! Plus, no broiler is required. ;)

This quinoa black bean salad is just the thing to bring to a summer barbecue or picnic – it should work for many dietary needs. It’s gluten free, dairy free, vegan, and free of the top 8 allergens. Everyone can enjoy this Southwestern black bean quinoa salad. 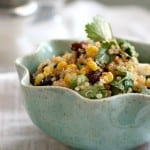 You can make some substitutions in this quinoa black bean salad if you need to:

This recipe is easy to make your own! Be creative and have fun. I have a few more quinoa salads on my list to try…especially this one and this one. 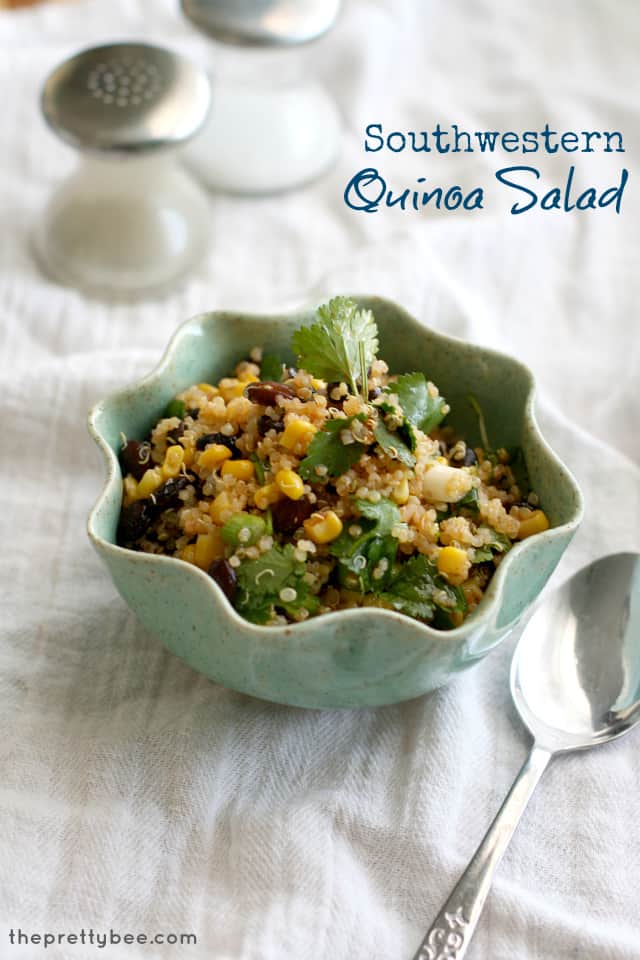 How has your week been? Any harrowing almost burn down the kitchen experiences for you?