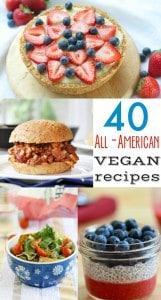 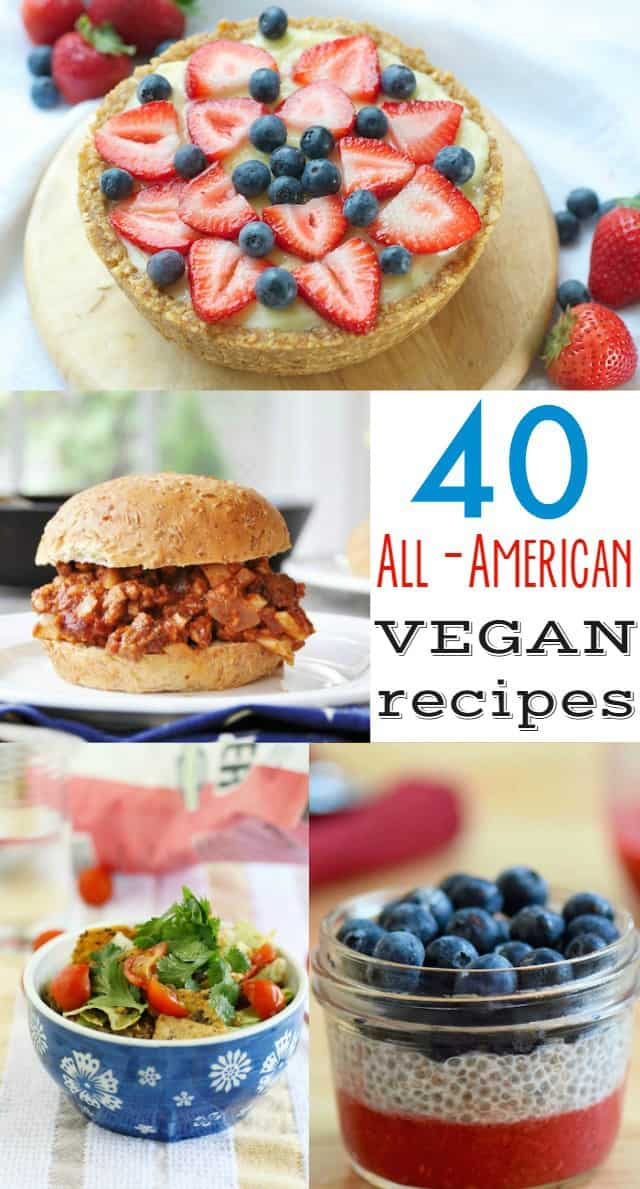 We love the 4th of July around here. We have our choice of parades and fireworks to go to, and our city has a lot of festivities that go on for the holiday. I also love to plan out fun recipes to have for our barbecue that day. We often have the usual potato salad, burgers, corn on the cob, and a patriotic dessert. If you’re vegan, you can still enjoy all of these dishes and more, so I’ve gathered up 40 Patriotic and All-American Vegan Recipes to inspire you this summer. There are so many tasty and creative ideas to try!

Watermelon and Blueberry Salad from The Whole Serving

Creamy Coleslaw from The Detoxinista

Lazy Girl Corn on the Cob from Strength and Sunshine

How to Throw a Vegan Barbecue from Boards and Knives

Buffalo Tempeh Pizza with Ranch from Cook It Kind

Vegan Corndogs from A Travelling Cook

Red, White, and Blueberry Pie from Feasting on Fruit

Shortbread Stars from Vegan in the Freezer

Indoor S’mores from The Seasonal Diet

Mom to two boys with food allergies and sensitivities, Kelly is passionate about allergy friendly cooking and baking. She believes that you can enjoy amazing, easy recipes even when cooking for multiple food allergies.