A warm and cozy bowl of apple cinnamon millet porridge is a great hot breakfast for the winter months! Gluten free, vegan, and very healthy, too! 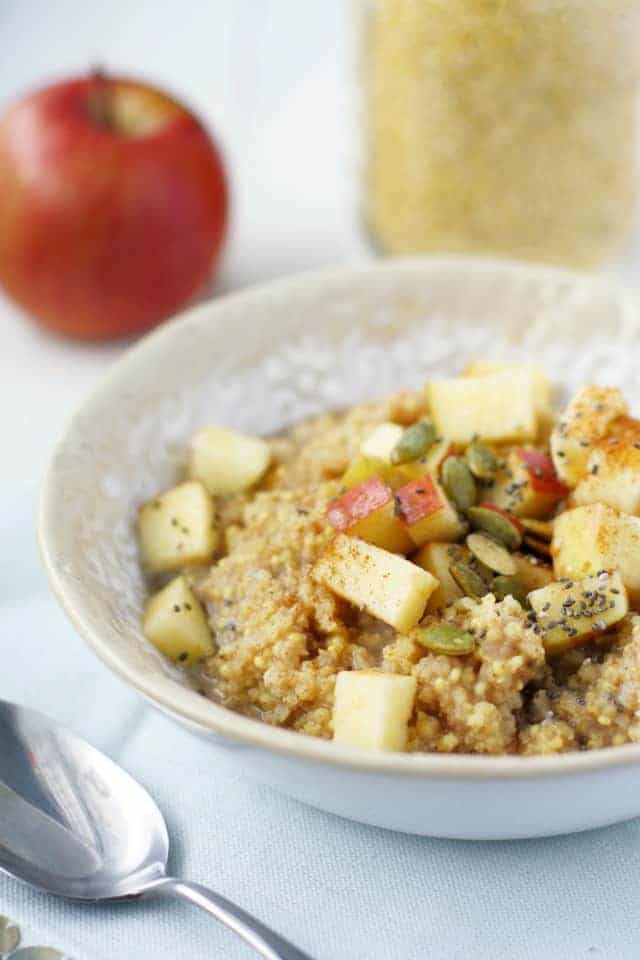 Sometimes you just get a little burnt out on your breakfast options, you know what I mean?

Maybe you love your gluten free toast, or you have a favorite granola and yogurt, but after a while, you’re just tired of it all. That’s where I was at, so I needed to come up with some new breakfast options.

I decided to try millet this month. I’ve seen millet many times in the store, and I just haven’t gotten around to trying this gluten free grain. 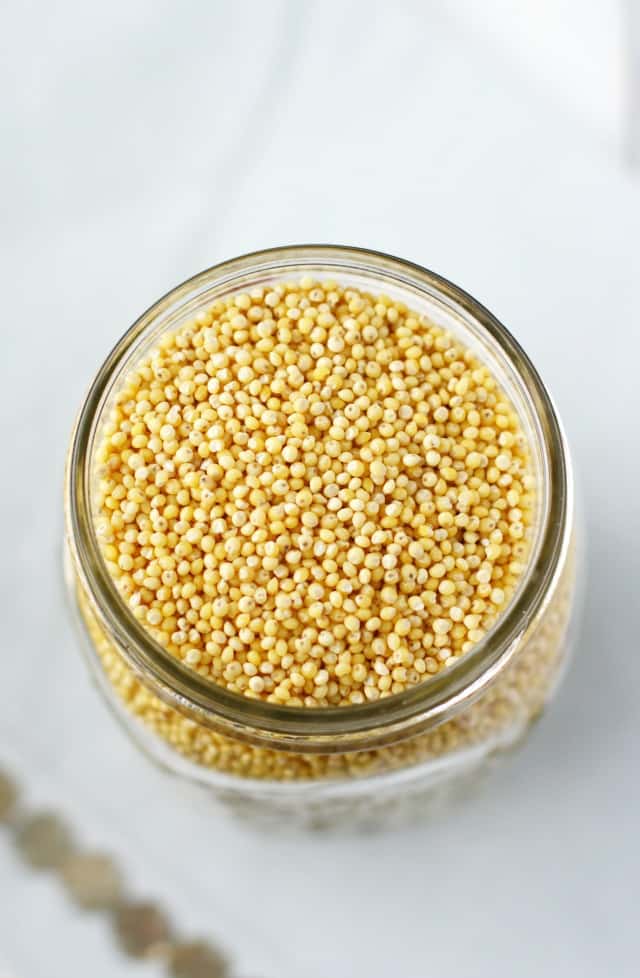 Funnily enough, millet is one of the main ingredients in bird seed, so when you eat millet, you’re literally eating bird food. ;) Millet is a very non-allergenic grain that contains good amounts of magnesium, niacin, and even tryptophan (you know, that amino acid we associate with Thanksgiving and feeling sleepy). It’s high in protein and easily digestible, making it a great addition to a gluten free diet. 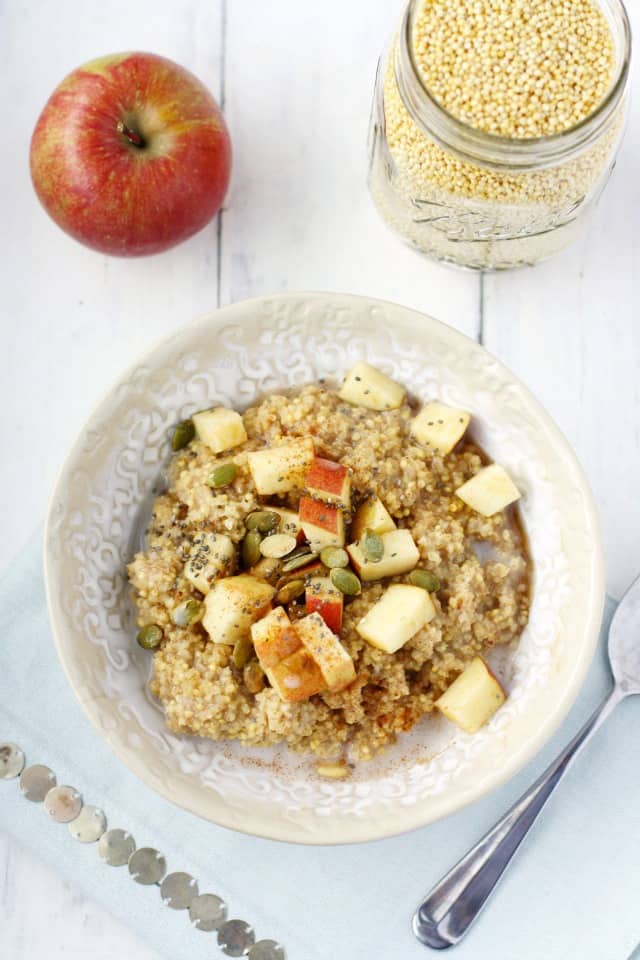 Since I love my quinoa breakfast cereals, I thought I’d give millet porridge a try.  The process is pretty much the same – cook the millet with some non-dairy milk, and add your toppings.

I really enjoyed this apple cinnamon millet porridge! Millet has a nutty flavor that goes along very well with apples and cinnamon, and I really liked the texture of this porridge. Not too mushy – it was almost like steel-cut oats, but not quite as chewy. 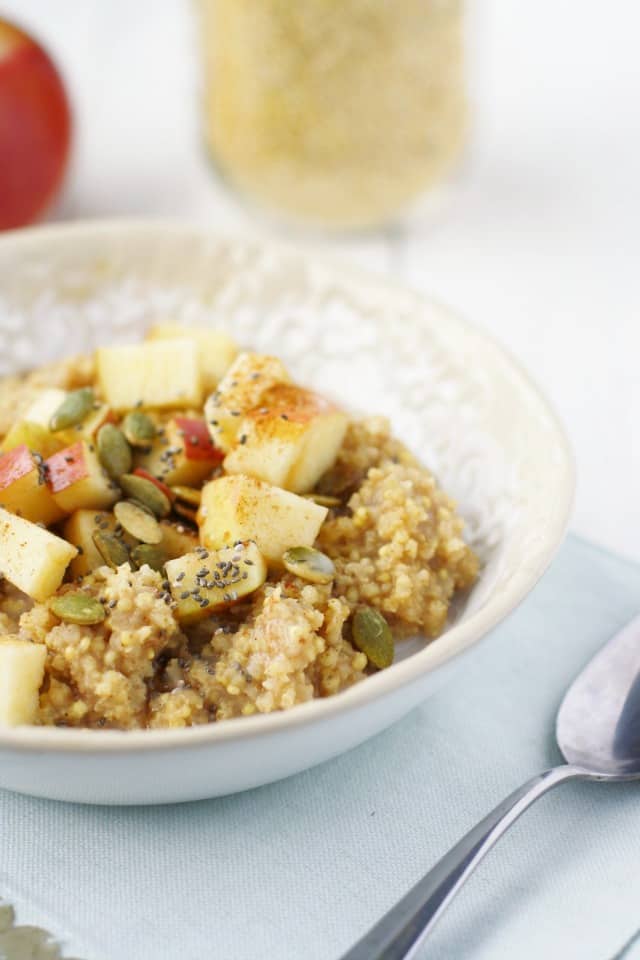 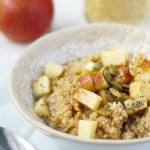 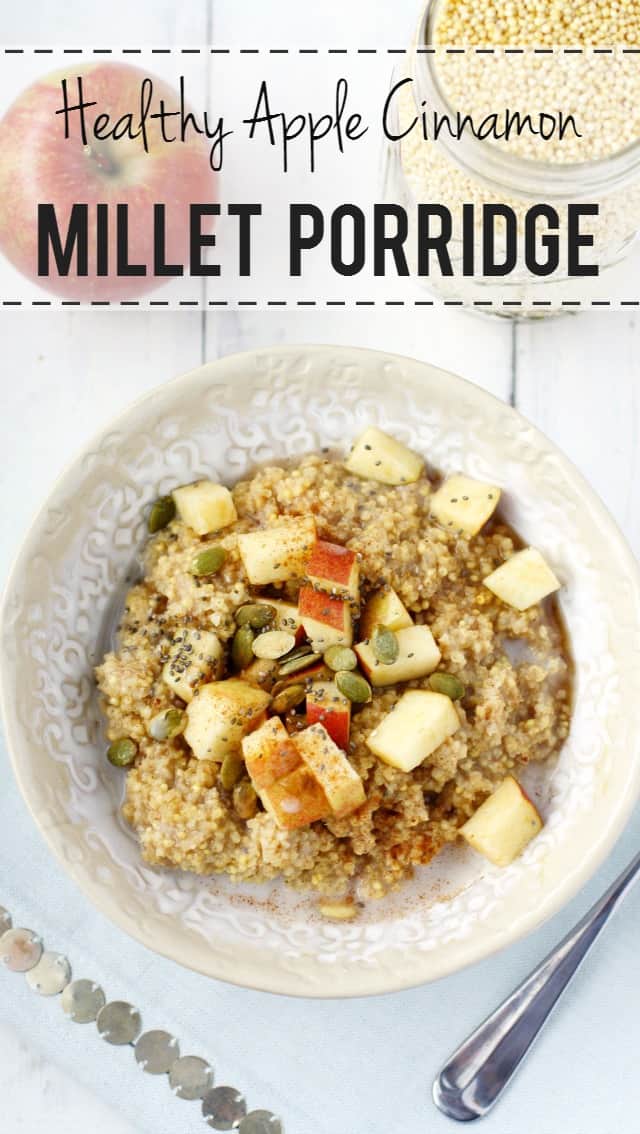 Have you ever tried millet? What’s your favorite way to cook with it?