Honey mustard quinoa salad is a delicious side dish that’s full of flavor! Ham and peas round out this gluten free salad. 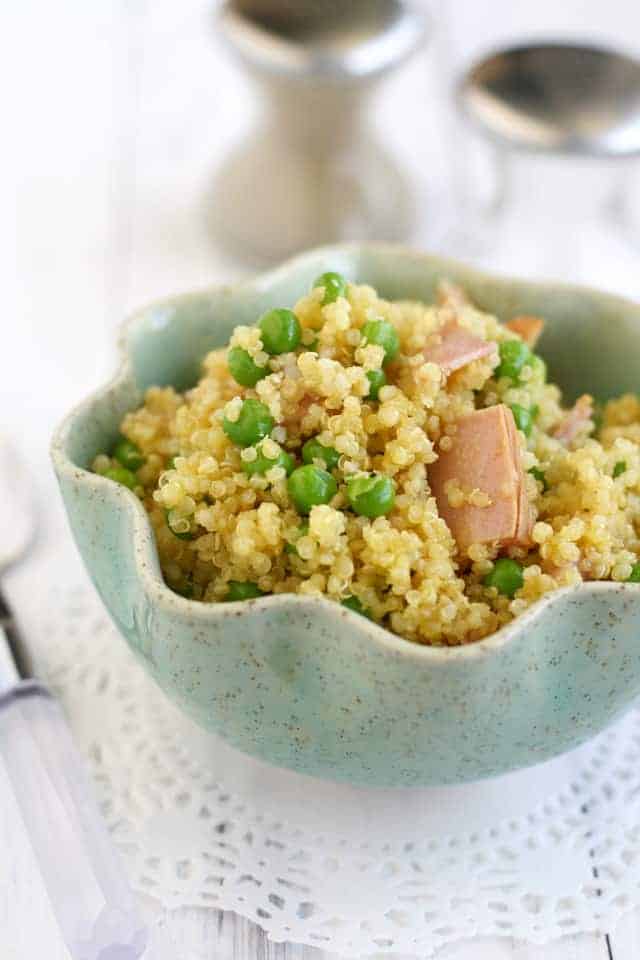 I know I just posted a dish with quinoa last weekend, but as I’ve said before, we eat a lot of quinoa around here. I like how quickly it cooks up, and it’s really versatile. It works in soups, as a side dish, and in a cold salad.

I was having a really crazy week last month and I realized it was lunchtime and I didn’t have anything planned. Sandwiches sounded boring, but the idea of a ham and honey mustard something sounded good. Since I had quinoa and frozen peas on hand, I decided to mix it all up and see what happened. What happened was a super tasty honey mustard quinoa salad that tasted like a ham sandwich. Yum!

The honey mustard dressing is really good (I want to put it on everything now), so I wrote the recipe for a larger amount. Since quinoa seems to really absorb any sort of dressing, my suggestion is to put half the amount of dressing on before serving, and then have the rest on the side for those who would like to add more. If you have leftover salad, keep the dressing separate so that you can add it right before you eat the quinoa salad the next day for maximum flavor. 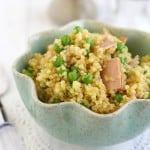 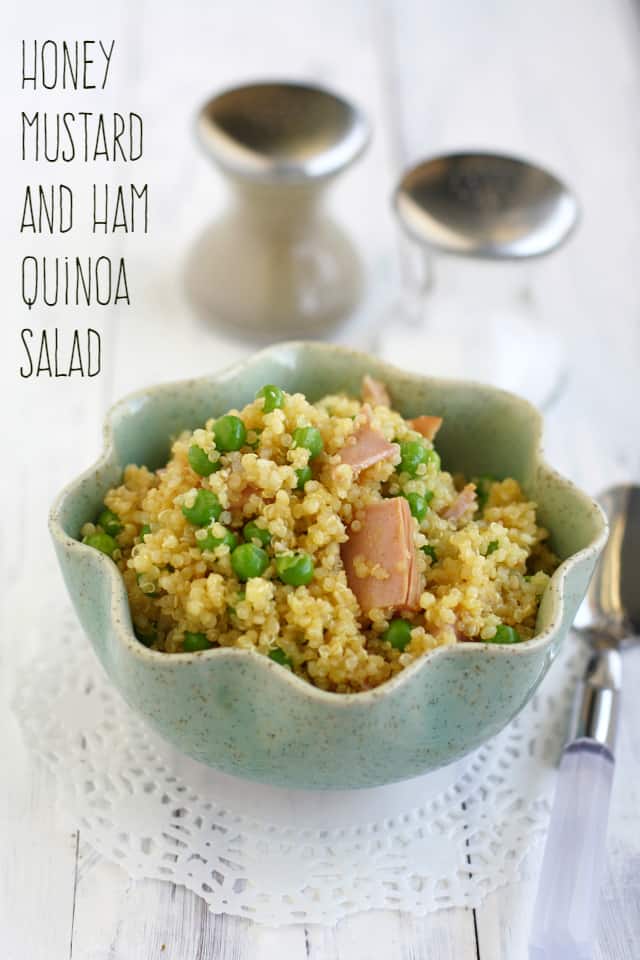 Now I want to turn other sandwiches into salads…that could either work out really well or be a disaster. Turkey and cheese spinach salad? Yes. Peanut butter and jelly iceberg wedge? NO.  I think I’ll quit while I’m ahead.  ;)

This post is part of my series: 31 Days of Gluten, Dairy, and Egg Free Soups, Salads, Sides & Sweets.