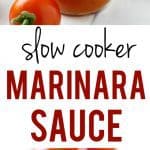 Make this slow cooker tomato sauce to use up all those garden tomatoes! This is an easy recipe that’s perfect for freezing, too! 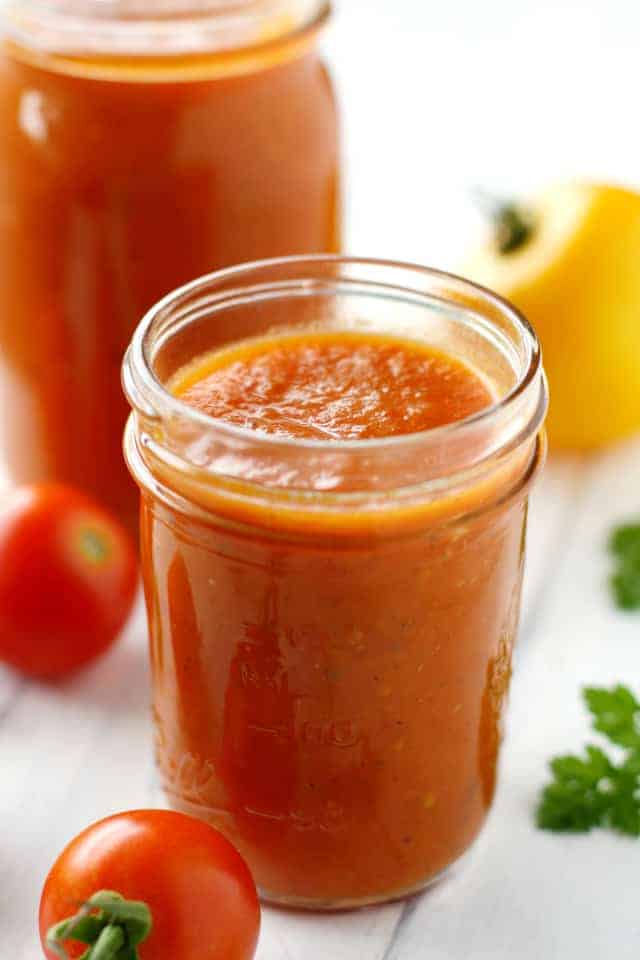 Tomatoes, tomatoes, tomatoes! That’s been my life these past couple of weeks. Trying to figure out how on earth to deal with all these tomatoes. What a fabulous problem to have. :)

We’ve been eating lots of tomatoes with sandwiches and such, and I also made lots of oven dried tomatoes, and I’ve made lots of marinara sauce, too. And I’m excited to share with you my new favorite way to make marinara sauce – in the slow cooker. 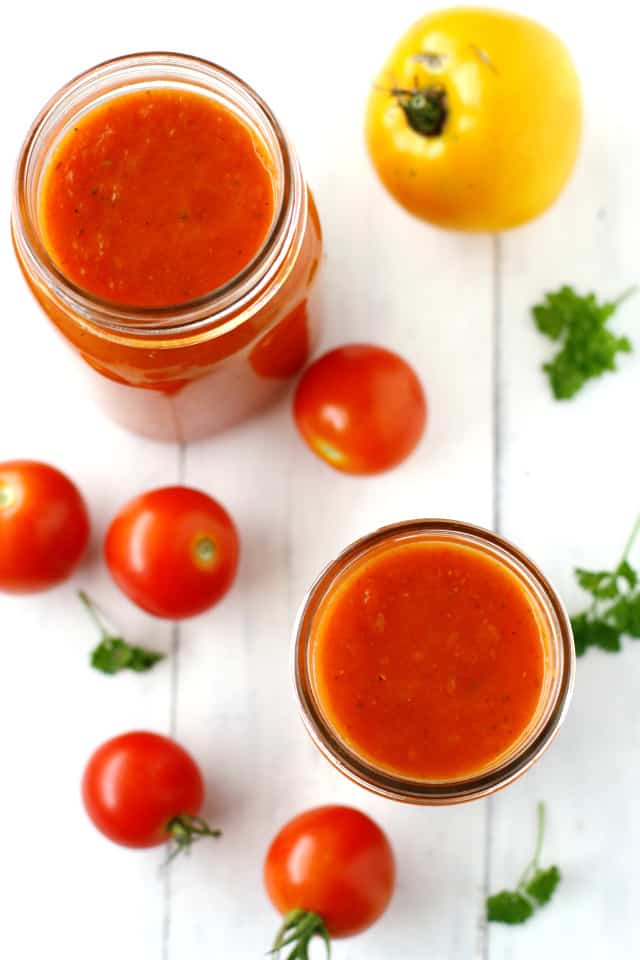 This is such a nice way to make marinara sauce. I do still use the oven to roast the tomatoes slightly so that the skins wrinkle and I can peel them easily, but then I just throw everything in the slow cooker and let it go.  And while it cooks, the house smells like an Italian restaurant – yum! 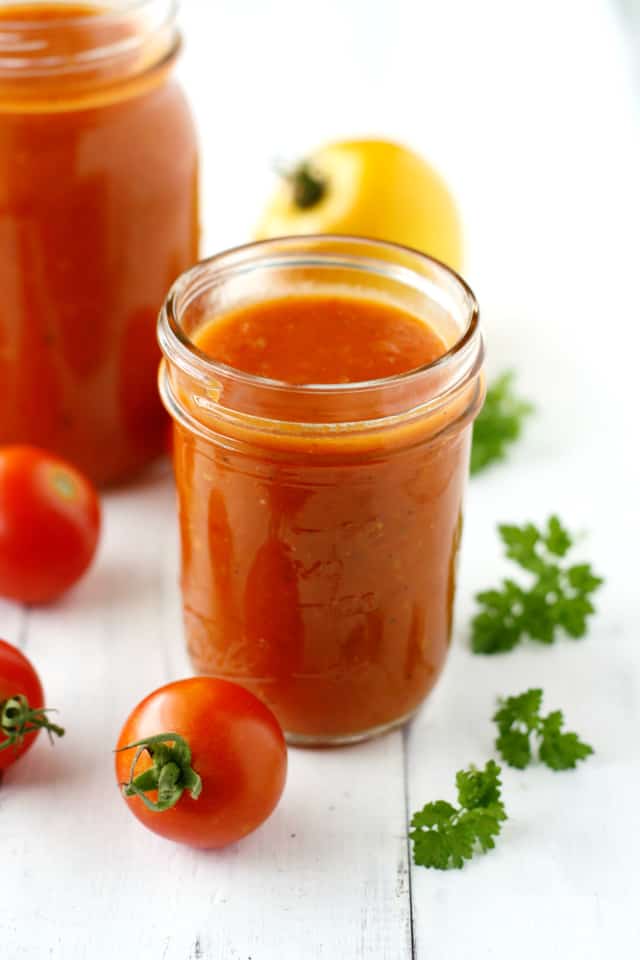 You can make this slow cooker marinara sauce with any kind of tomatoes – I have mostly been using large beef steak tomatoes. I also have used a few yellow tomatoes, and some small red tomatoes as well. If you have another way to remove the skins, you can use your preferred method. I know some people like to score them and put them in boiling water – use whatever way you’re comfortable with.

We love this slow cooker marinara sauce over pasta, or as a dipping sauce for breadsticks. If you want to add ground beef or turkey to this to make a ragu sauce, you can do that as well! 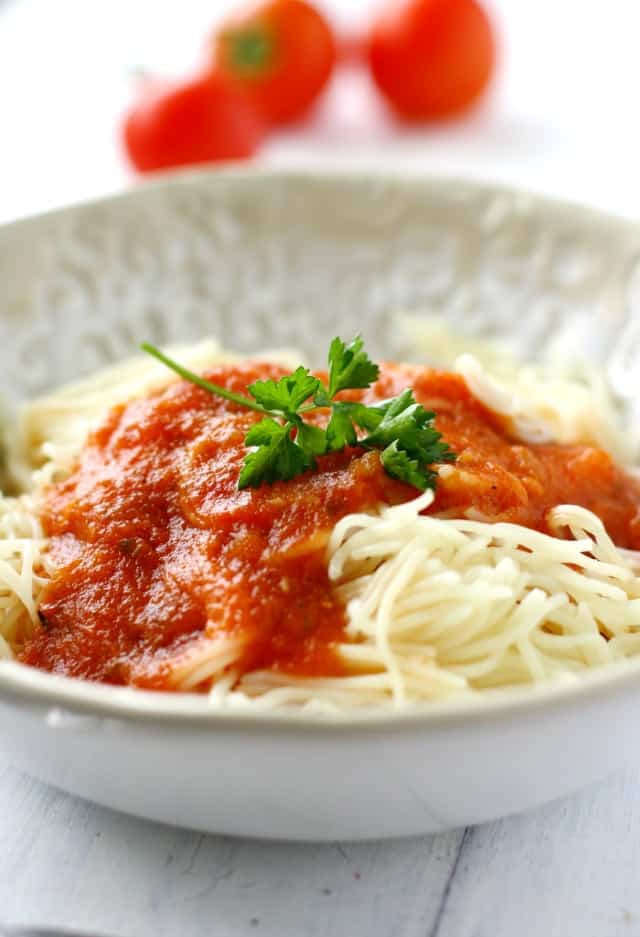 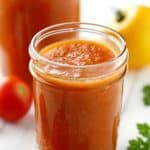 This is such a great way to use up those extra tomatoes. I’m so happy to have fresh tomato sauce – I know I’ll be glad to have a stockpile once winter is here.